Gen Z and the Changing Landscape of Trading: Samuel Safahi

Young people see the stock market as an excellent and viable opportunity to grow their portfolios, even before taking their first steps on the corporate ladder, and we're likely to see many up-and-coming 'Gen-Zers' take Wall Street by storm in the coming years. 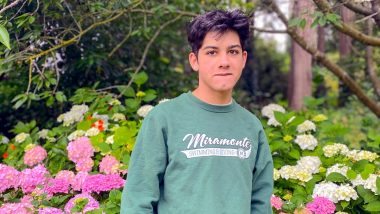 With the stock market booming, fortunes are being made and lost in this new dynamic and fast paced landscape. At the head of this, younger people, especially those from Gen Z, are participating in increasingly greater numbers. Young people see the stock market as an excellent and viable opportunity to grow their portfolios, even before taking their first steps on the corporate ladder, and we're likely to see many up-and-coming 'Gen-Zers' take Wall Street by storm in the coming years.

With many changes expected to occur in the stock market in the years to come, we caught up with a young trader to understand the mindset of a successful Gen Z investor. At the youthful age of seventeen, Samuel Walker Safahi has his whole life ahead of him, but he doesn’t let that stop him from his once lofty, now not so more, goals. A senior at Miramonte High School in Orinda, CA, Sam has wild ambitions to rise to the top in nearly every aspect of his personal and professional goals. As a driven and highly motivated student of Finance and Economic Markets, Sam has already channeled his knowledge of the stock market into  tangible results, with many significant achievements in his fledgling investment career to date. When asked how many hours he spends on actively learning and researching investment options, he casually states “I’m not sure to be honest, probably around twenty hours a day.” which baffled us. “How could you spend so much time on your portfolio? What about your schoolwork?” we asked, to which he simply said “I cram school work in usually before it’s due, and yeah i don’t get enough sleep but It’s worth it currently until I put my money into ETF’s which are more stable.”

This type of trading behavior certainly is not common among hedge fund elites, and possibly is only physically sustainable due to his youth and energy. This is a huge competitive advantage that Gen Z and other younger investors have against the older, more rigid, and often more complacent investors.

As many will attest, investing in the stock market isn't easy. It requires a fundamental understanding of the markets, as well as a carefully calculated strategy based upon  potential for risk vs reward. For Sam, the investment game has seemingly come naturally so far, as he has boasted returns of over $65,000 so far, from just $116. In just one week, Sam turned $116 into $2,700 using call options, a highly leveraged investment strategy often only implemented by experienced traders with years of practice and education. These numbers are simply mind-boggling, and they completely upend the traditional view and role of investing.

Sam, and many other successful Gen Z traders, have spent a considerable amount of time researching stocks and learning about the market. Sam’s strategy in particular focuses on developing a diversified portfolio while investing strategically into ETFs. He’s recently passed his FINRA SIE exam, and is actively and violently, for lack of a better word, pursuing his other certifications. “Yeah, I crammed for that exam the day before and it taught me a lot, I think you have to be eight-teen but I lied about my age haha.” The average study time for the SIE exam is two months. His ultimate goal is to start his own hedge fund, or trading firm, a goal that seems more likely every day.

Speaking with Sam, it's abundantly clear that he's a goal-oriented and extremely driven young man. He articulated his desire to have a net worth greater than $5,000,000 by the  age of 22, giving him just over five years to develop his investment portfolio accordingly. These types of goals are nowhere near the annual growth rate of index funds, such as the DJI at 7%. If he does succeed with this goal, the implications would be enormous, not just for his and other traders in similar positions, but for the entire markets. Would someone invest in a CD, such as the ones offered by Marcus : Goldman Sachs with an annual return of 0.55% if they could instead pursue their own investments, with potential returns much higher?

When we asked him about his ambitious target, Sam was direct and straight to the point: "It's not about vanity or anything like that. It's about putting together a clear and attainable investment strategy over a five-year period and holding myself accountable to it. It’s an ambitious goal for a reason, it pushes me farther and harder every day. I’ve made many mistakes in my life and straining myself to achieve the best in every metric that I can, paradoxically, eases my pressure and helps to relieve stress."

These quick-to-fortune investors are also usually very socially conscious. Sam has already donated many of his earnings to several women's shelters and support groups across his home state of California; Demonstrating his desire to work towards justice and equality for all, which we believe is admirable enough. He has a special place in his heart for increasing equality for women, ending domestic abuse as much as he can, and supporting local homeless shelters. To anyone out there who is in an abusive relationship, seek help. There are many organizations and support networks who can and will assist you, no matter your circumstances. Never hesitate to reach out for help.

We believe it's reflective of his generation, as Sam is highly motivated by social justice: "I've grown up during a time with so many opportunities and thrills, but at the same time society seems to be getting more and more divided, and inequality is everywhere you look. Trading gives you the financial freedom to decide what you do with your money. Of course, I want to live a comfortable life, but I want to continue investing in social projects in my community and more, and on a broader scale renewables.”

He has also donated his time to campaign for better services and legislation for his community. Sam is actively campaigning for more stringent health regulations and seeks to push for a state-wide ban of all e-cigarettes, highlighting the many health dangers associated with the devices and the neuro-toxicity it causes to teenage brains. His personal experiences with the devices are negative, and he has witnessed directly the damage and turmoil it brings to many. Studies have shown that youth vaping contributes to cancer, early skin aging, decline of mental performance, and more.

As if this all wasn’t enough, he also has been recognized as a role model by the City Telegraph for his positive contributions during the time of COVID-19; He actively engaged with members of his hometown, Orinda, encouraging them to wear face coverings to protect themselves against the deadly aforementioned disease. His personal form of community outreach is inspiring and shows that anyone who is willing can make a positive contribution.

Speaking of this outreach, Sam chimed in of the collective responsibility of society as a whole to do their part : "Sometimes you have to do things that you might not necessarily agree with, for the greater good. Face coverings are a divisive issue; some people think they're a waste of time, others think they save lives. But I think it's more about having a collective responsibility to protect as many lives as we can, and if wearing a face covering has a chance of doing that, I think we all have an obligation to put one on in public."

If Sam's investment successes and philanthropic gestures are a measure of things to come, then we can be sure to expect more great things from him in the future. His story seems to encapsulate much of Gen Z's optimism and good-will, and that they want to leave the world in a better place than they found it. With social movements gathering momentum, we are likely to see many people entering the investment landscape with not just a financial agenda, but a social one too. Hopefully anyone starting out in trading can take inspiration from Sam's story and work towards making a positive impact on the lives of others.