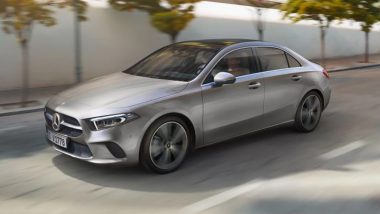 Mercedes-Benz India on Friday officially launched the new A-Class Limousine at an introductory price of Rs 39.90 lakh (ex-showroom). These are introductory prices valid up to June 30, 2021. Introduced as a successor to the CLA-Class, the car comes in three variants and six colour options. The other two variants - 200d and A35 AMG are priced at Rs 40.90 lakh and Rs 56.24 lakh (ex-showroom). Mercedes-Benz Recalls 1.29 Million Vehicles Due to Failure in eCell Software. 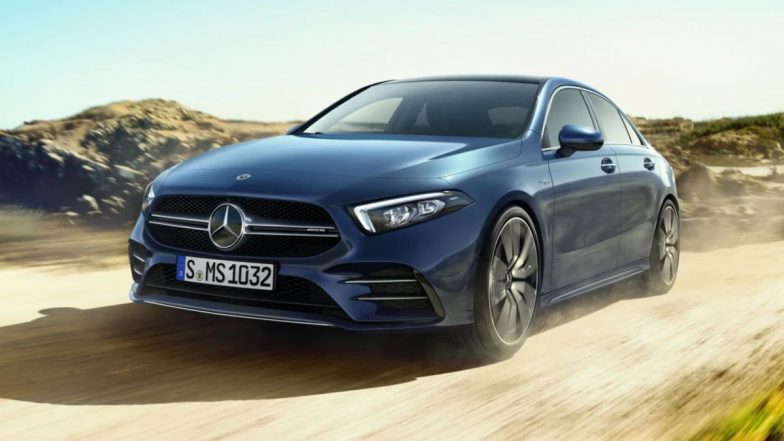 Get to know our latest trendsetter, the Mercedes-Benz A-Class Limousine. Know what makes this Star extraordinary and ambitious, just like you. Make a move today. #ALimo

As far as the mechanicals are concerned, the car is offered in both petrol and diesel options. The former is the 1.3-litre petrol while the latter is a 2.0-litre diesel. The petrol produces 161 bhp & 250Nm of power while mated to a seven-speed automatic transmission. The diesel engine, on the other hand, develops 147bhp and 320Nm which is mated to an eight-speed automatic gearbox. The carmaker is also offering the A35 AMG model in the lineup which is powered by a 2.0-litre petrol engine tuned to make 301 bhp of power.

(The above story first appeared on LatestLY on Mar 26, 2021 11:15 PM IST. For more news and updates on politics, world, sports, entertainment and lifestyle, log on to our website latestly.com).