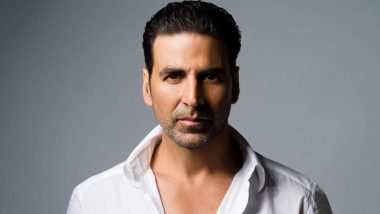 Humanity is being questioned post this horrific incident that happened in Kerala, India. A pregnant elephant was fed a pineapple stuffed with crackers. It exploded after sometime and she passed away standing in the river. The extent of animal cruelty that we are witnessing is appalling. People across the country called out this terrible act done by anonymous people. Amongst many Bollywood stars, Akshay Kumar too recently tweeted about the same and demanded strict action. HORRIFYING! Pregnant Elephant's Death After Being Fed Pineapple Filled With Crackers In Kerala Is New Low For Humanity, Furious Netizens Demand Justice For The 'Mother and Baby'.

He took to the micro blogging site to write, "Maybe animals are less wild and humans less human. What happened with that #elephant is heartbreaking, inhumane and unacceptable! Strict action should be taken against the culprits #AllLivesMatter." He also shared the heart-breaking picture of the elephant.

Maybe animals are less wild and humans less human. What happened with that #elephant is heartbreaking, inhumane and unacceptable! Strict action should be taken against the culprits. #AllLivesMatter pic.twitter.com/sOmUsL3Ayc

The incident has taken the internet by storm. Stricter laws against animal cruelty are now in high demand, like never before. Amid the crisis like coronavirus pandemic and cyclone that have already grappled the country, this act was completely uncalled for and a heinous crime that deserves strict punishment.

Many other stars like Shraddha Kapoor, Alia Bhatt, Anushka Sharma to name a few, called out this unfortunate incident. Just when the world is tackling a burning issue of #BlackLivesMatter already, '#AllLivesMatter including animals' has taken over the social media feeds. Indeed, it is simply unfortunate how the humble creatures trust humans whole heartedly and we humans fail them miserably; every-single-time.

(The above story first appeared on LatestLY on Jun 03, 2020 08:18 PM IST. For more news and updates on politics, world, sports, entertainment and lifestyle, log on to our website latestly.com).