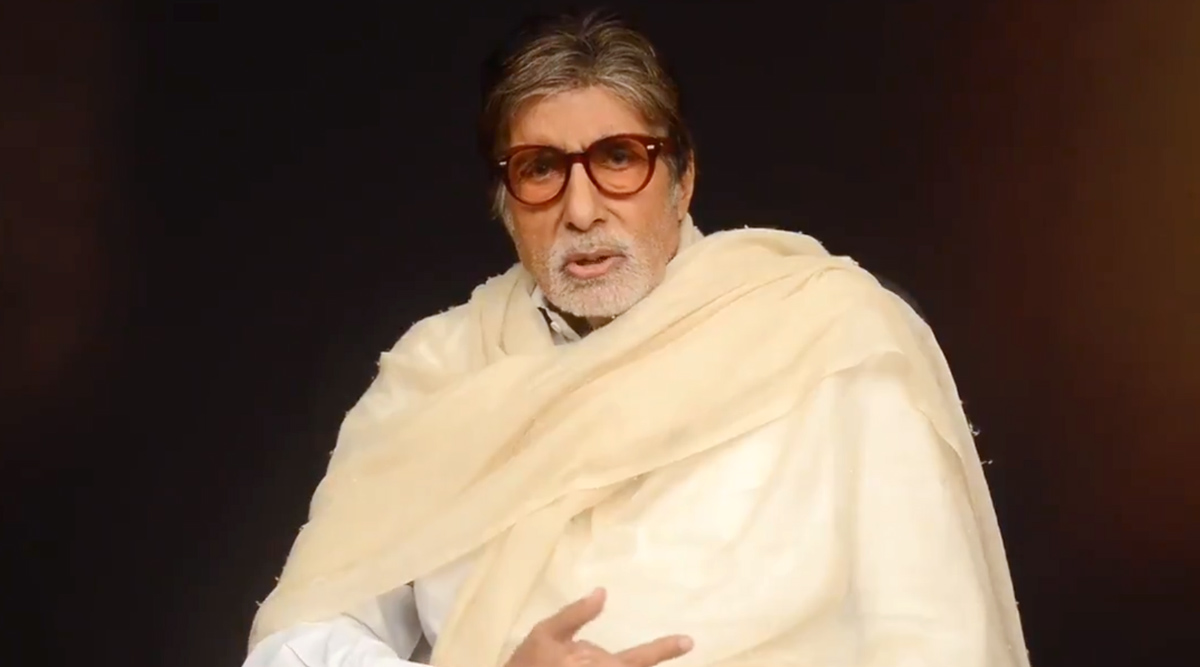 Amitabh Bachchan on Wednesday shared a post urging people to let go of bitterness. " Ayie man me kisi kone me kisi ke bare me padi kadwahat ko quarantine kare kya pata koi rishta ventilator par jaane se ruk jaye (Let's quarantine the bitterness lying in some corner of our mind. Who knows, this way we might prevent a relationship from being put on a ventilator)," Big B wrote. After Amitabh Bachchan Shoots For KBC, Raveena Tandon Films For A Show On PM Cares Fund Amidst Lockdown.

Along with it, he posted a video that shows him smiling as he places his hand on his heart. Reacting to the post, a user commented: "Rightly said." Another one replied: "Much needed advice." Amitabh Bachchan, Ayushmann Khurrana Starrer ‘Gulabo Sitabo’ Is a Comic Satire, Says Shoojit Sircar

On the film front, the veteran actor will be seen sharing screen space with Ayushmann Khurrana in Shoojit Sircar's "Gulabo Sitabo", which will release on Amazon Prime Video on June 12.