After Amitabh Bachchan Shoots For KBC, Raveena Tandon Films For A Show On PM Cares Fund Amidst Lockdown 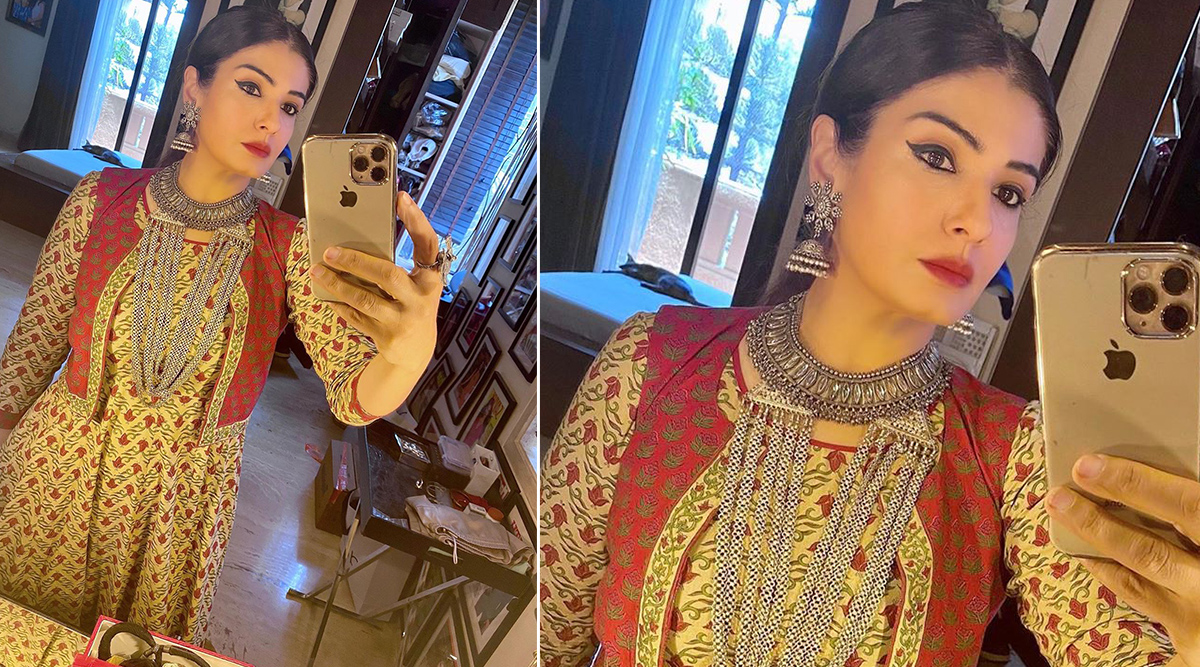 A few days back, Amitabh Bachchan stumped everyone when he wrote on his blog that he has shot the promo of the next season of KBC during the lockdown. He was quite bullish about this feat as he said that if anyone has a problem with that, they should deal with it since they have adhered to all the guidelines. Now, Raveena Tandon too has hosted a show for PM Cares fund amidst lockdown and claims all rules were followed. She even pondered if shooting like this will become the new normal. Fact Check: Leopard Spotted Near Sion Bridge or JVLR in Mumbai? Know Truth About This Viral Video Shared by Raveena Tandon

Raveena writes how the cameras were placed so many feet away and that made her wonder, what would be shooting like post the pandemic.

Our days of shoots now , when we have to photocheck our own makeup. Shooting with social distancing. Hosted a show for #pmcares fund . Was shot with the cameras placed nearly 50 feet away and closed in with the zoom lens . Wonder if we all will ever get used to this new normal. Waiting for this to pass.

One of the businesses that have been gravely impacted is films. With no shoots, no movies at the theatres, revenue has been nill for two-three months now. With news of more and more movies making it to OTT, there is also a fear that the platform could become a threat to theatres. With Bachchan and Tandon shooting, guess this is how the industry will get back on its feet...baby steps!