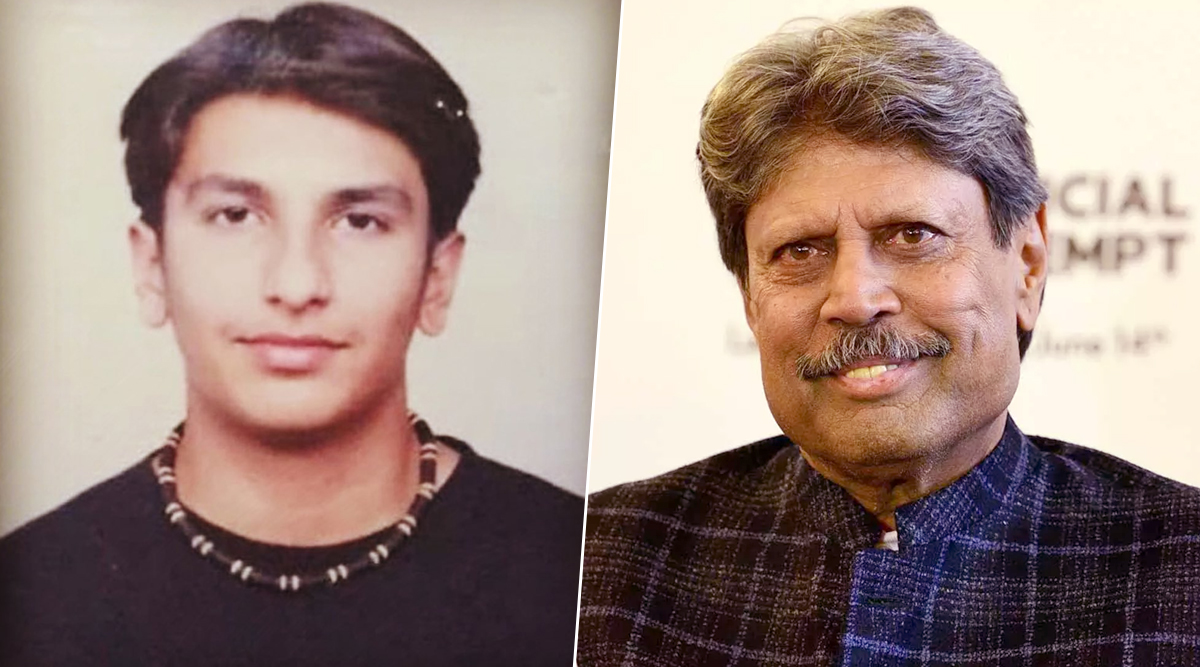 Ranveer Singh is one such actor who never fears to experiment when it comes to making a style statement. His eccentric fashion choices have caught everyone’s eyeballs. The fashion police has eyes on him all the time. Whether it is for any events or film promotions, Ranveer’s style game has been on point. Right now netizens are talking about him for all the right reasons. Ranveer Singh has shared a pic, a perfect #FlashbackFriday post. And after seeing it even former Indian cricketer Kapil Dev could not commenting on this post, even y’all will agree to it. 83 the Film: Ranveer Singh Aces Kapil Dev's Famed 'Natraj' Shot in a New Still (See Picture).

Ranveer Singh shared a pic (looks like it his from his early teenage days) on Instagram and fans are going gaga about it. Some have labelled it as ‘cutie’, whilst some are all ‘hearts’ for it. Kapil Dev commented, “Innocent and very cute”. Don’t you agree with him? There are many other celebs who have posted a comment. Dino Morea, Richa Chadha, Nitya Mehra, and many others have posted comments. 83 The Film: Ranveer Singh Spotted With Kapil Dev at Mumbai Airport; Actor Opts for a Simple and Not Quirky Avatar – See Pics.

Ranveer Singh is working on the sports drama '83 aka 83 The Film, which is based on the 1983 World Cup. Ranveer would be reprising the role of Kapil Devi in the movie, directed by Kabir Khan. Ranveer on his birthday had shared the first look and fans went berserk as he looked exactly like the former Indian cricketer. We have seen few glimpses of him from the training sessions. Let’s wait and watch what is in store for us all. 83 The Film is all set to be released in Hindi, Telugu and Tamil languages in April 2020.