Gehraiyaan: Before Deepika Padukone and Ananya Panday’s Film, 6 Other Dharma Movies That Dealt With Infidelity!

Gehraiyaan is slated to drop on Amazon Prime Video on February 11. The movie is directed by Shakun Batra and is jointly produced by Karan Johar's Dharma Productions, Viacom18 Studios and Jouska Films. Before Gehraiyaan releases, here's a look at six Dharma Productions movies that dealt with infidelity. Read on! 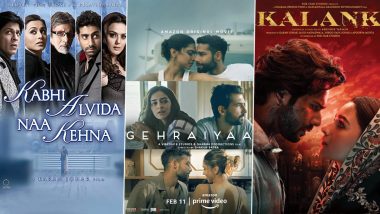 Deepika Padukone, Siddhant Chaturvedi, Ananya Panday and Dhairya Karwa - starrer Gehraiyaan is scheduled to release on Amazon Prime Video on February 11. And earlier today (January 20), makers dropped the trailer of the movie. In the trailer video of Gehraiyaan, we saw different shades of love, and complex relationships, with the theme of infidelity looming over them. The four lead characters of the drama are trapped in a complex conundrum when two of them engage in a forbidden affair. Gehraiyaan is helmed by Shakun Batra and is jointly produced by Dharma Productions, Viacom18 Studios and Jouska Films. Gehraiyaan Trailer: Deepika Padukone, Siddhant Chaturvedi, Ananya Panday and Dhairya Karwa’s Amazon Prime Video Film Is About Deep Emotions and Secret Connections (Watch Video).

Now, this is not the first time Karan Johar's Dharma Productions has produced something on infidelity or disloyalty in a marriage or relationship. Earlier we saw several releases under his banner like Kabhi Alvida Naa Kehna, Student Of The Year, Hasee Toh Phasee, Kapoor & Sons, Raazi and Kalank. Johar during the Gehraiyaan trailer launch event of the film opened up about infidelity and was quoted as saying, "I have heard this before, that Kabhi Alvida Naa Kehna is ahead of its time. I don’t think that even today if it is released, it would not be judged, because I think we are inherently a very judgemental audience. And that’s why Gehraiyaan is so special, because it’s asking you to break that judgement stereotype. It’s asking you to actually dwell into the character’s mindset and understand where they’re coming from, and not pass a judgement." Gehraiyaan Trailer: 7 Moments From Deepika Padukone, Siddhant Chaturvedi, Ananya Panday and Dhairya Karwa’s Amazon Prime Video Movie That Are Intense and Heart Touching!

Here's The Trailer of Gehraiyaan:

Before Gehraiyaan, check out six Dharma Productions movies that dealt with infidelity: 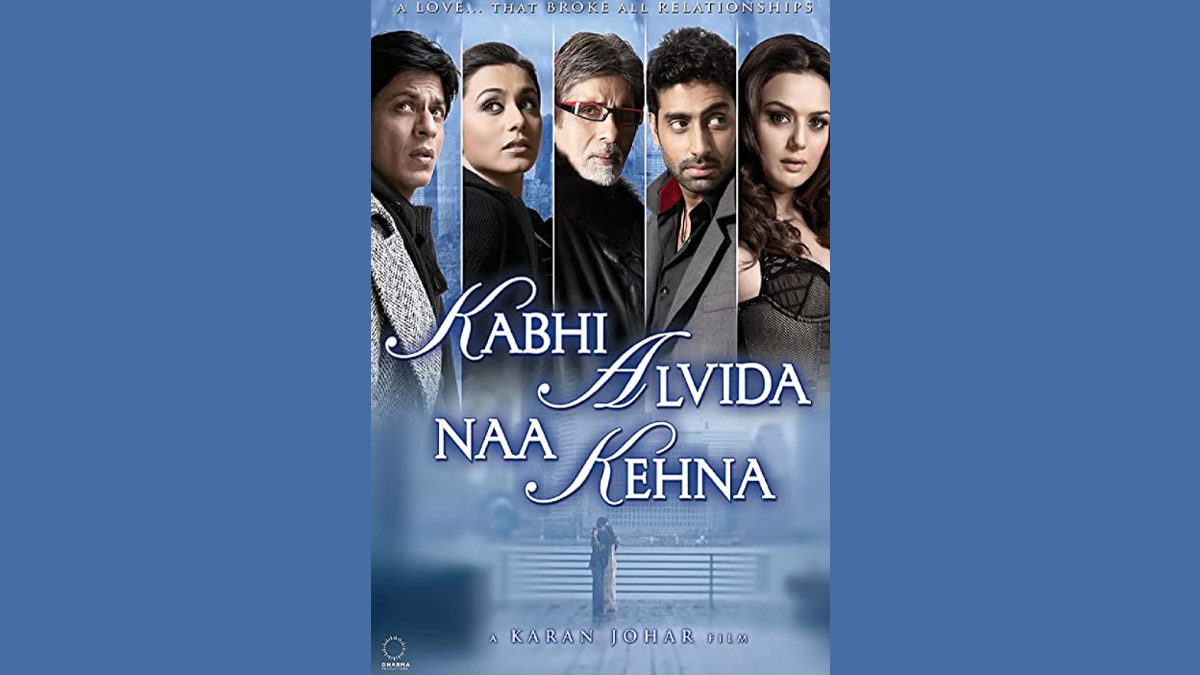 KANK, the romantic drama starring Amitabh Bachchan, Shah Rukh Khan, Abhishek Bachchan, Rani Mukerji, Preity Zinta was a huge hit back in 2006. Helmed by Karan Johar, the movie focuses on two individuals trapped in loveless marriages who engage in an extra-marital affair, that leaves everyone around them unhappy.

Student Of The Year 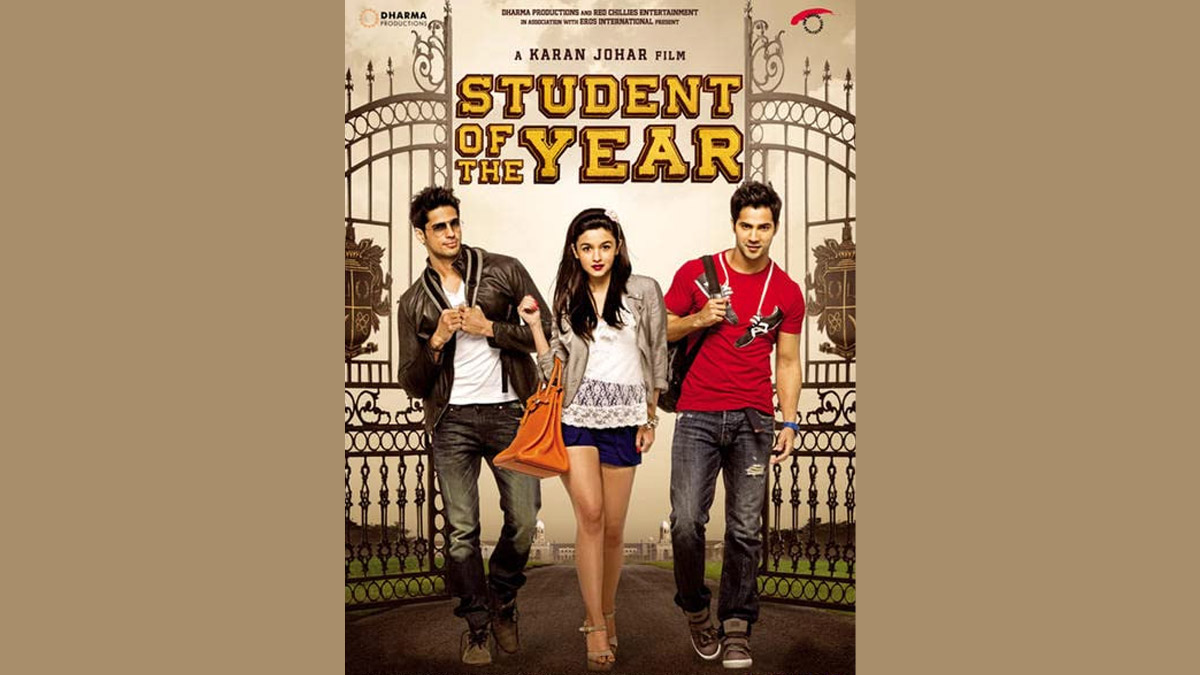 The coming-of-age movie saw three debutantes stepping in Bollywood Alia Bhatt, Sidharth Malhotra and Varun Dhawan. A campus story, it is a love triangle between two boys and a girl. At first, Rohan (Varun) and Shanaya (Alia) were dating each other and Abhimanyu (Sidharth) was one of their close friends. But the dynamics change when Shanaya develops feelings for Abhimanyu who reciprocates leading to a kiss that is witnessed by Rohan. Needless to say, dost dost na raha... pyaar pyaar na raha! 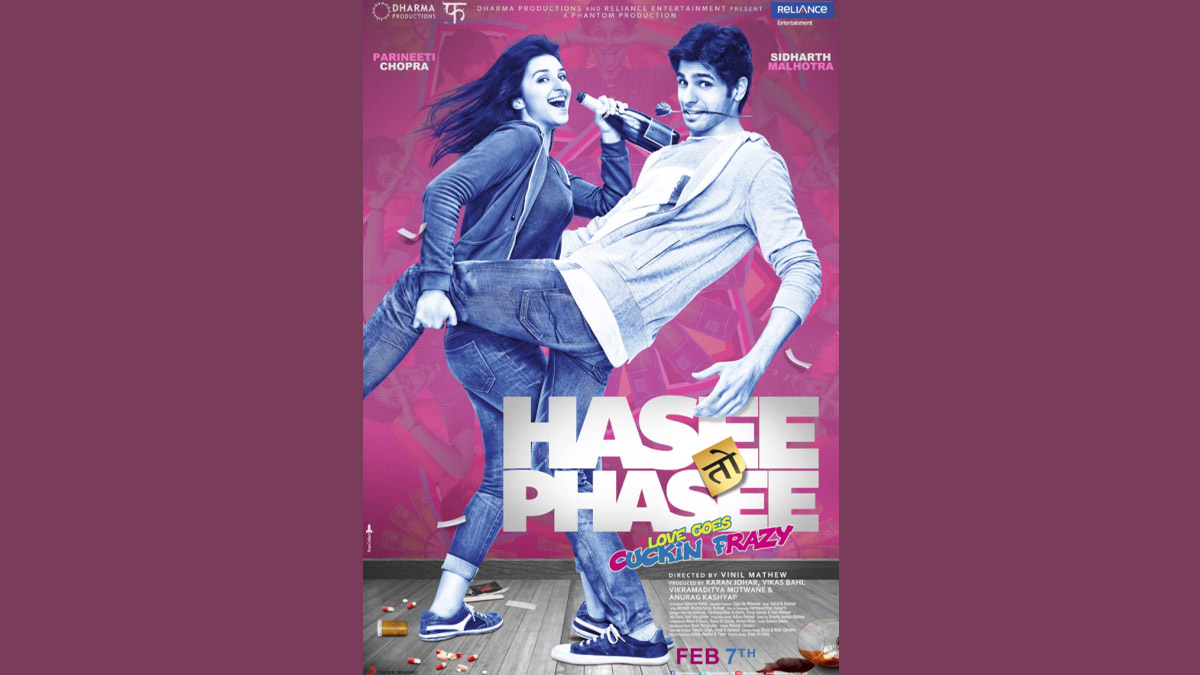 Parineeti Chopra and Sidharth Malhotra-starrer Hasee Toh Phasee was a romantic-comedy drama helmed by Vinil Mathew. The film explored infidelity when Nikhil (Sidharth) falls for the eccentric Meeta (Parineeti) who happened to be the younger sister of his fiance Karishma (Adah Sharma). 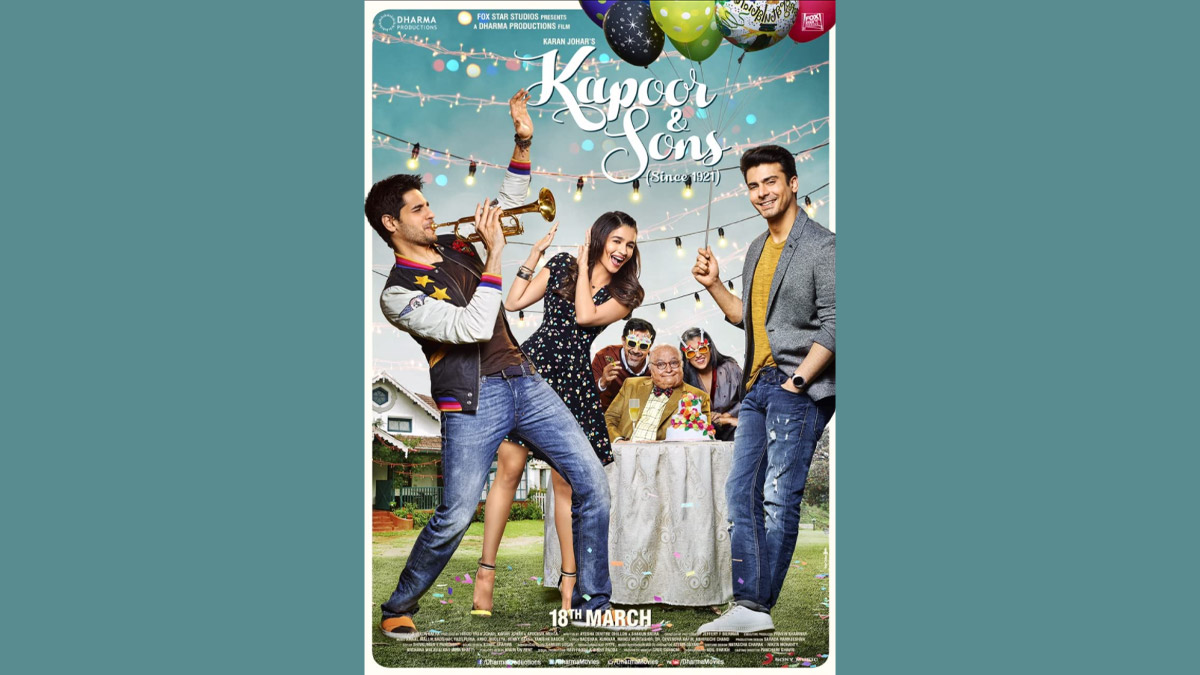 Kapoor & Sons starred Sidharth Malhotra, Fawad Khan, Alia Bhatt, Ratna Pathak Shah, Rajat Kapoor, Rishi Kapoor, among others. A complex drama, the movie deals with a dysfunctional family. One of the film's major conflict points was when it is revealed that Rajat Kapoor's patriarch is having an affair with another woman, that further deepens the rift with his wife, played by Ratna Pathak Shah. 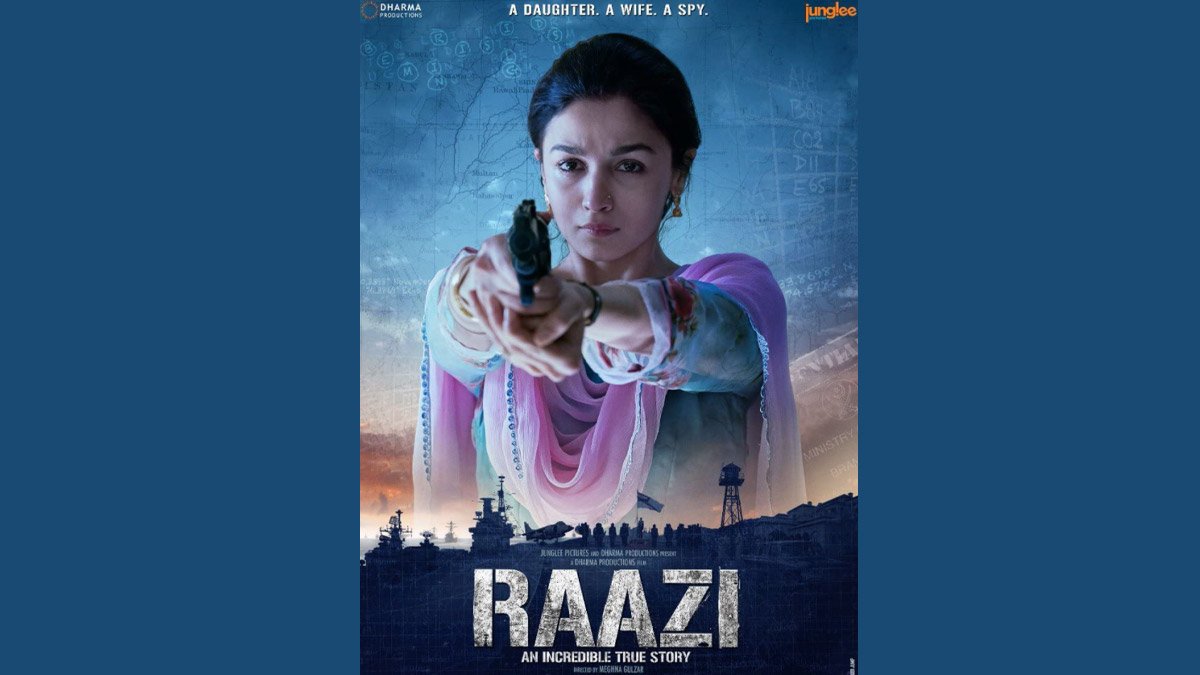 The spy-thriller directed by Meghna Gulzar featured Alia Bhatt, Vicky Kaushal, Rajit Kapur and Jaideep Ahlawat in prominent roles. Sehmat (Alia), Indian RAW agent, is married to Iqbal (Vicky), who belongs from a Pakistan military family and begins to pass information from Pakistan to Indian army. In this movie, infidelity has been portrayed from a different perspective unlike the movies we mentioned here, where the distrust happens because the wife has been working against her own husband for the sake of her first love, her country. The betrayal Sehmat did on Iqbal paid well for our nation but killed her own marriage, leading to a tragic ending. 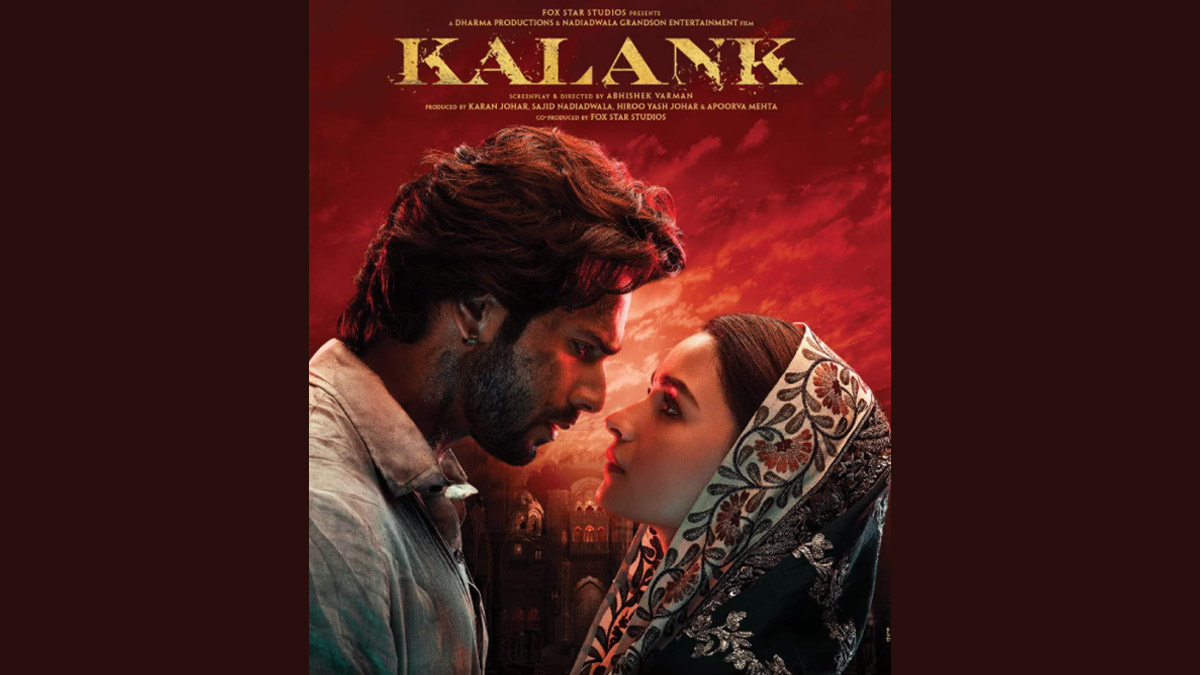 Kalank is a period romantic drama that starred Alia Bhatt, Varun Dhawan, Madhuri Dixit, Sonakshi Sinha, Sanjay Dutt and Aditya Roy Kapur in key roles. It has a complicated story where Aditya's character is coerced into marrying Alia's by his own dying wife, played by Sonakshi. However, he is still in love with his first wife, and doesn't share the same feelings for his new bride, who seeks a soul companion in the roguish character of Varun's, who also happened to be her husband's illegitimate half-brother!

So, these were some of the movies by Dharma Productions that dealt with infidelity. Tell us your views in the comment section below, which of the above mentioned film you will re-watch before Gehraiyaan gets released. Stay tuned!

(The above story first appeared on LatestLY on Jan 20, 2022 09:35 PM IST. For more news and updates on politics, world, sports, entertainment and lifestyle, log on to our website latestly.com).