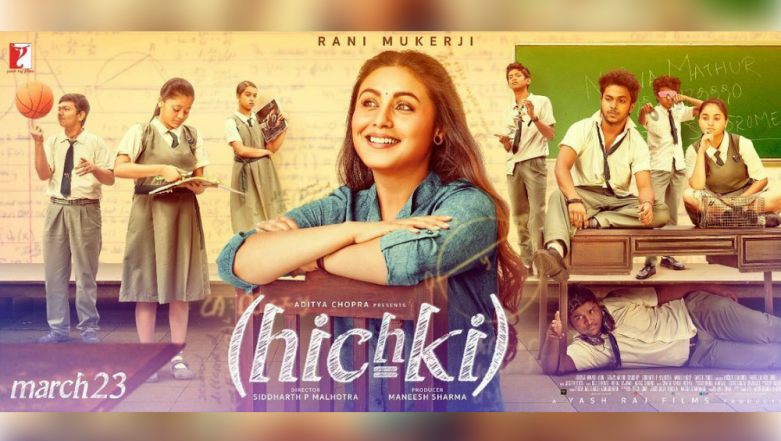 Rani Mukerji plays the role of a teacher who has Tourette Syndrome (Photo Credits: Taran Adarsh/Twitter)

Mumbai, June 18: Director Siddharth Malhotra, whose film "Hichki" received a standing ovation at the Shanghai International Film Festival (SIFF), says it was an honour. Malhotra on Monday shared a few images of the film's screening over social media and captioned it: "What an honour and an overwhelming feeling when your work gets a standing ovation from a foreign audience who simply watches a film with subtitles and gets moved to tears/laughter.

"Thank you Shanghai SIFF 2018 at the festival for this experience, from the entire team of 'Hichki'." "Hichki", starring Rani Mukerji as a woman who deals with Tourette syndrome but goes on to become a teacher, was screened as part of The Belt and Road Week at the film festival on June 16.