Imran Khan might have stepped off the limelight, but he is still a darling star to many. And as he urns a year older on January 13, 2021, we are in a mood to rank his films in the order from wow to decent. So, without further ado, check out the full story now. 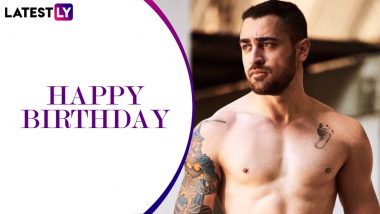 Imran Khan might have stepped off the limelight, but he is still a darling star to many. In a career spanning less than a decade, the good-looking lad flashed his many shades on the big screen and mesmerised one and all. It was Abbas Tyrewala's Jaane Tu... Ya Jaane Na that introduced him to the world of lights, camera and action. Having said that, his decision to quit films came as a shocker, but who are we to judge? All in all, he did give Indian cinema movies that were packed with impressive storylines. Karan Johar Birthday Special: The ABCs of His Debonair, Eclectic and Flamboyant Avalanche of a Fashion Arsenal!

And as Imran Khan turns a year older on January 13, 2021, we are in a mood to rank his films in order for wow to good. From playing Jai Singh Rathore, Rahul Khanna and many other characters on the silver screen, let’s take a look at some of the flicks of this Khan which according to us were the best. So, without further ado, let’s get started. Aamir Khan Birthday Special: From Lagaan to Dangal - Movies that Proved the Actor is a Game-Changer.

We had to start with this one. As it was Imran’s debut film which got him the tag of a chocolate boy as well as a romantic hero. It featured Genelia D'Souza opposite him wherein the story was all about how two ‘just’ college friends become soulmates. A feel-good movie for sure!

Delly Belly was gritty and one of the best works of Imran Khan. It also starred Vir Das and Kunaal Roy Kapur in the lead. The story of this film was all about how three roommates become the hot target of a gangster after they misplace his diamonds. The movie was critically acclaimed, thanks to the gripping performances.

This one saw Imran in a never seen before avatar where he played the role of Kabir who is vengeful. The actor’s intense expressions as the deadly gamester to the cat-and-mouse kinda plot, makes this one an entertaining watch. Minissha Lama played the lead actress in this film.

Sonam Kapoor (Simran Kaur) has a perfect boyfriend and a great job. On the other hand, Imran Khan (Jay Dhingra) hates love stories despite working under a Bollywood filmmaker. How the two meet and their dreams colloid forms the plot of the film. Fun!

This flick is a fun romantic fantasy. The love story revolves around a spoilt brat Imran Khan and an ‘NGO type’ Kareena Kapoor Khan. Obviously, rom-com shouldn’t be taken seriously and is not a reality, but this one makes you emotional, smile, laugh and more. Imran and Bebo’s chemistry is also wow.

That’s it, guys! These are some of the amazing works of Imran Khan that made a mark. The actor’s last flick was Katti Batti opposite Kangana Ranaut and then he tried his hands at directing a short film titled as Mission Mars: Keep Walking India. We wish Imran Khan, a very happy birthday and a successful life ahead. Stay tuned!

(The above story first appeared on LatestLY on Jan 13, 2021 08:21 AM IST. For more news and updates on politics, world, sports, entertainment and lifestyle, log on to our website latestly.com).