There are reports that Kajol might star opposite her fave co-star Shah Rukh Khan in the upcoming Rajkumar Hirani movie, but there has been no official confirmation on this. Till then, let look at some of their best films in this list... 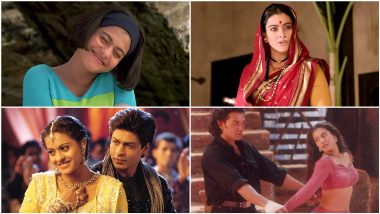 Kajol is awfully choosy about her projects, which is a shame, since she is one of the best performers we have in tinseltown. Last seen in Renuka Shahane's directorial Tribhanga, Kajol is currently trying to find that sweet balance between her familial and professional lives, being a mother to Nysa and Yug, while trying to look for a project that is worthwhile of her talent and time. There are reports that she might star opposite her fave co-star Shah Rukh Khan in the upcoming Rajkumar Hirani movie, but there has been no official confirmation on this. Kajol Birthday: 7 Iconic Performances of The Stunning Actress That Have a Long Way To Go.

Of course, we are waiting with bated breath for that news to turn true; who wouldn't want to see the golden pair back on the big screen? Yes, despite that misfire they call Dilwale. Some of the best films of the pair are when they starred together, but Kajol's best movies also go beyond the pairing.

On the occasion of the actress' birthday, we look at seven of Kajol's best films as per IMDb. 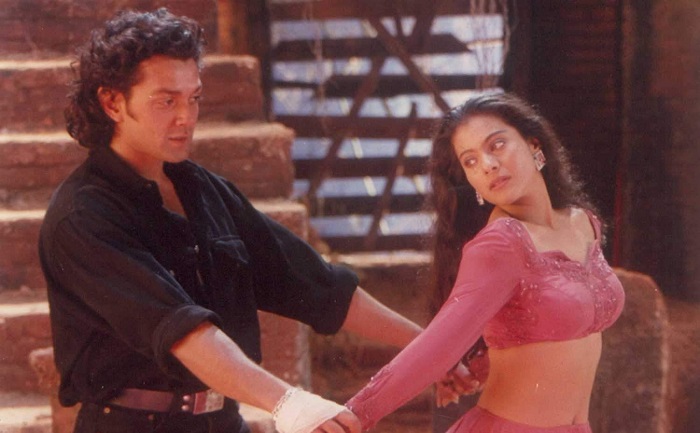 Bobby Deol and Kajol in Gupt: The Hidden Truth

Rajiv Rai's murder mystery thriller also features a love triangle between Bobby Deol, Kajol and Manisha Koirala that is very integral to the plot. Kajol's casting in the film is quite sly, those watching in the film for the first time might wonder why the actress is there in the first place, only for Gupt to drop a bomb on us. Oops! I said too much! 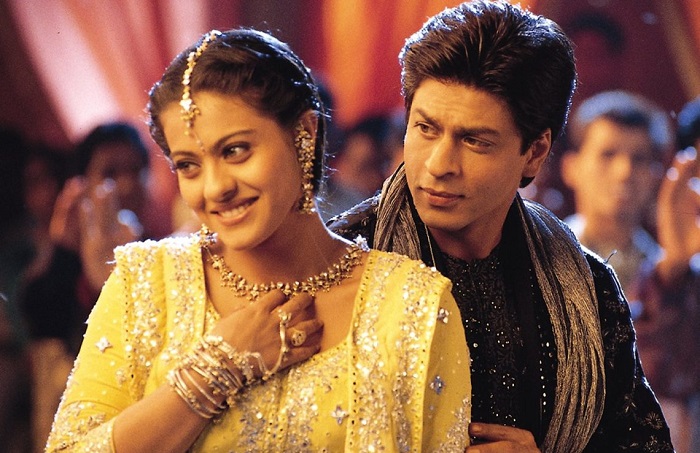 Karan Johar's second film as a director featured an elite ensemble multi-starrer cast with heavyweights like Amitabh Bachchan, Jaya Bachchan, Shah Rukh Khan, Kajol, Hrithik Roshan and Kareena Kapoor. While the film may not have exactly aged well, we still love it for its larger-than-life aesthetics and the pairings it offered. Especially SRK and Kajol. 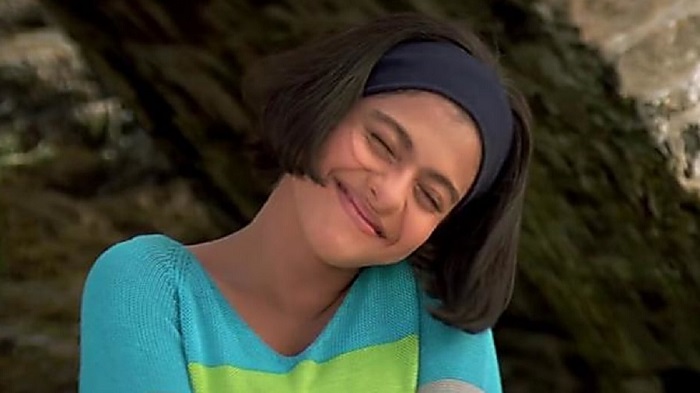 KJo's first film may have a silly premise to boost, but thanks to his assured direction and the cast he brought in, Kuch Kuch Hota Hai is still an enjoyable watch. Once again, SRK-Kajol pairing shines through and through, with Rani Mukerji and Salman Khan adding more heft to the romantic dilemma of the main characters. 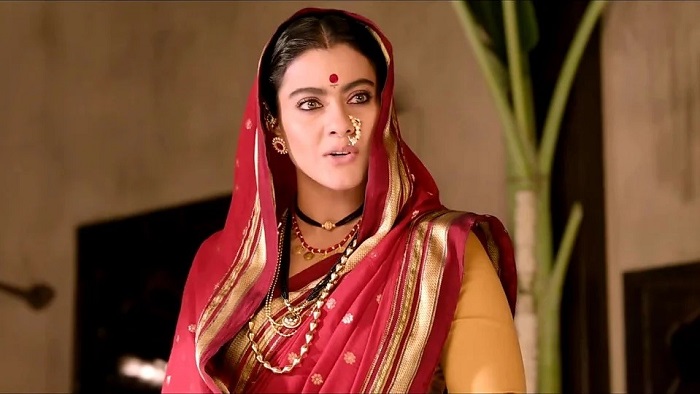 Kajol in Tanhaji: The Unsung Warrior

Kajol's pairing with her real-life spouse Ajay Devgn has been a mixed bag so far. For every Pyaar Toh Hona Hi Tha, there is a Dil Kya Kare. But the last film they came together - playing husband and wife onscreen - Tanhaji managed to storm at the box office earning more than Rs 200 crore at the box office. 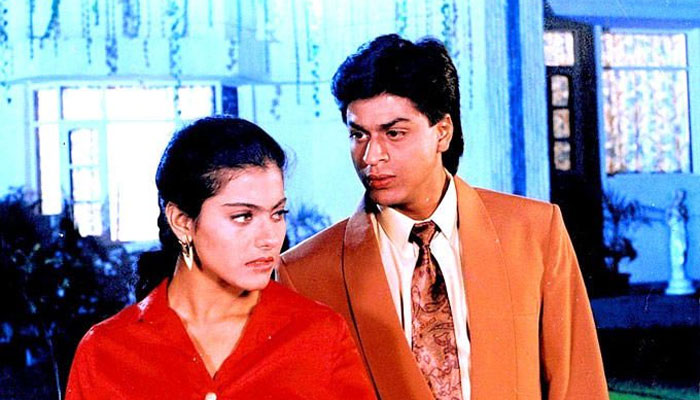 The first movie that gave us the combo of SRK-Kajol, Abbas-Mustan's Baazigar is an unofficial remake of the Hollywood film A Kiss Before Dying. Shah Rukh Khan excelled in a negative role, while Kajol made a mark as the girl seeking the murderer of her sister, played by Shilpa Shetty in her debut. Interestingly, the later Sridevi was the first choice for the makers, who wanted her to play both the sisters. In Sridevi's Memory: Jurassic Park, Baahubali, Baazigar - 7 Interesting Movies She Had Rejected Like A Boss In Her Career. 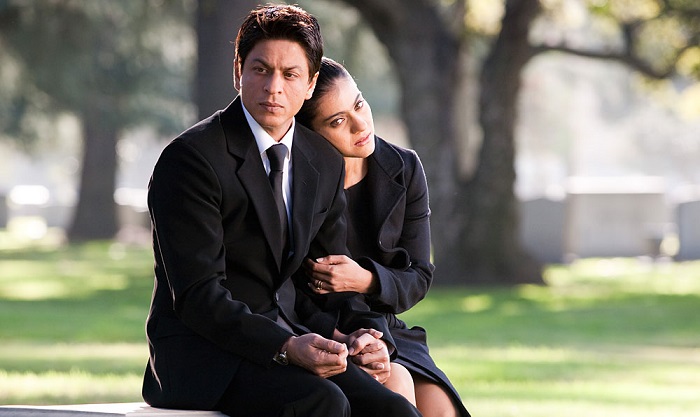 Shah Rukh Khan and Kajol in My Name Is Khan

Karan Johar's most mature film has him address the racism against Muslims living in the States in a post 9/11 world. Shah Rukh Khan plays a man with Asperger's Syndrome, while Kajol plays a single mother who develops a soft corner for the male lead and marries him, only for the death of her child creating a rift between them. Many still claim that MNIK is the best film by the director, and I won't deny that. From Black to My Name is Khan, 10 Movies That Reflected Bollywood Directors Changing Their Style from Their Usual Brand of Cinema. 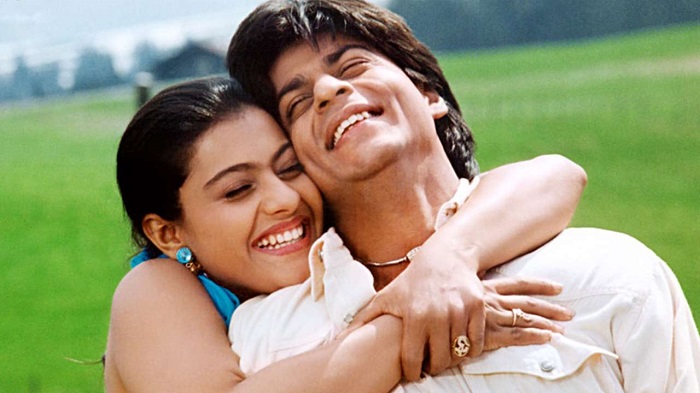 Of course, what else did you expect here? The longest running Indian film and an all time blockbuster, DDLJ is one of the most loved romantic dramas of all time, a game-changer in its era. It is responsible for displaying the SRK-Kajol pairing in all its glory, and while some of its ideals might sound dated in present times, their chemistry and the lovely songs still make for a damn good reason for giving DDLJ a rewatch!

(The above story first appeared on LatestLY on Aug 05, 2021 12:01 AM IST. For more news and updates on politics, world, sports, entertainment and lifestyle, log on to our website latestly.com).