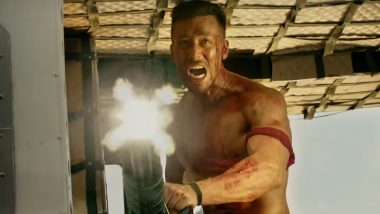 Tiger Shroff in a still from Baaghi 2

Tiger Shroff is right now tasting the enormous success of Baaghi 2. His massive fan base has always been crazy about watching him in action avatar. The makers gave what the fans wanted through this hit second installment. Now looks like Karan Johar too is very much confident about Tiger’s action avatar. KJo asked Student of the Year 2 director Punit Malhotra to alter the script and add action sequences exclusively for the lead star, Mr Shroff. The film which was supposed to be an out and out romance and dance related film, will now have some action in it, owing to Tiger’s image amongst the fans.

A source told Midday, “Earlier, the story was structured in such a way that dance and romance were the two pivotal elements. But the failure of Tiger Shroff's dance film Munna Michael (2017), and the subsequent success of Baaghi 2 proved that the audience loves him in his action avatar. So Karan has asked Punit to incorporate fight sequences in the script, without changing the narrative. The film will now have four major action scenes."

SOTY 2 will also star two leading ladies namely Ananya Pandey and Tara Sutaria. "Since the female leads are newbies, it rests on Tiger's shoulders to draw the audience into theatres. So, Karan was clear that the script should play to his strengths," added the source.

With the current development, we can assume that the second installment is going to be a lot different from the first one. We are eager to see how this major change in the script shapes up in the end. Tell us your thoughts in the comments section below.

(The above story first appeared on LatestLY on Apr 04, 2018 09:58 AM IST. For more news and updates on politics, world, sports, entertainment and lifestyle, log on to our website latestly.com).