Kareena Kapoor Khan on RK Studios Sale: I Don’t Know How Far What Is Actually Happening

A couple of days back veteran actor Rishi Kapoor confirmed that he and his brothers have decided to put up the RK Studios on sale. 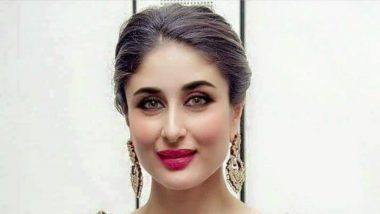 A couple of days back veteran actor Rishi Kapoor confirmed that he and his brothers have decided to put up the RK Studios on sale. It came to everyone as a shock because the property has been there for a very long time and we bet all the Kapoors have had an emotional connect with it. When last night at the Lakme Fashion Week 2018 Finale, Kareena Kapoor Khan was asked about her thoughts on her family's decision of selling the RK Studios she said, "I don't know how far what is actually happening. In fact, I have been quite under the weather and I haven't even met my father in the last four or five days... But of course, we have all grown up walking around in those corridors. I think it's probably something that the family has decided, so it's up to my father, his brothers and up to them... If that's what they have decided, so be it." Look As Glamorous As Kareena Kapoor Khan Who Launches Her Own Makeup Line - Watch Video

Rishi, in an interview to Mumbai Mirror was earlier quoted saying, "For a while, we did juggle with the idea of renovating the place with state-of-the-art technology. However, in reality it isn’t always possible for a phoenix to rise from the ashes. We Kapoors are very emotional lot but then…" he lapsed into silence, as quoted by the daily. He then added, "The investment in rebuilding the studio would just not have yielded sufficient revenue to keep it going. Believe me, we had to take the larger picture into account and take a level-headed decision. Even before the fire, for years R. K. Studio had become a huge white elephant, toting up losses. The few bookings we would get from films, TV serials and ad shoots would expect free parking space, air-conditioning and discounts."

Looks like just like Bebo, all the family members are prepared to let go of the legendary RK Studios. On the work front, Kareena has two mega projects coming up - Takht and Good News - both to be directed by Karan Johar.

(The above story first appeared on LatestLY on Aug 27, 2018 08:41 AM IST. For more news and updates on politics, world, sports, entertainment and lifestyle, log on to our website latestly.com).