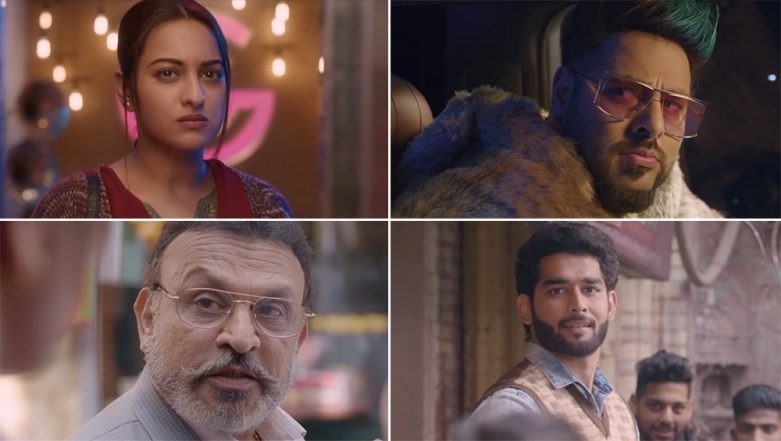 Looks like Sonakshi Sinha will have to wait a little longer to taste success at the box office. The actress is going through a dull phase, with hardly any of her films working at the ticket windows. Her last release Kalank was touted to be one of the biggest releases of this year, however, the magnum opus tanked at the box office and now her latest outing is heading in the same direction. Khandaani Shafakhana, which also features rapper Badshah and Varun Sharma in important roles, released yesterday and got off to a disastrous start as it witnessed low occupancy of around 5%. Box Office Report: Sonakshi Sinha Starrer Khandaani Shafakhana Off to a Disastrous Start, Hollywood Action Flick Hobbs & Shaw Witnesses Good Occupancy

As a result, Sonakshi starrer failed to even hit the Rs 1 crore mark on day 1 at the domestic box office. As reported by Boxofficeindia.com, Khandaani Shafakhana earned merely Rs 75 lakh on Friday. With such low first-day figure, it's very much likely that the film will be out of most theatres by Monday itself.

Yesterday, film trade analyst Sumit Kadel even wrote on his Twitter timeline, "Shows of #KhandaaniShafakhana are being cancelled at many centers cuz of no audience. Horrendous start. I don’t understand why producers waste their money on such films when they know the lead actress solo films cant draw audience into theaters. Waste of money & resources." Khandaani Shafakhana Box Office: Did the Shows of Sonakshi Sinha and Badshah-Starrer Get Cancelled Over Lack of Demand?

Helmed by first time director Shilpi Dasgupta, Khandaani Shafakhana is about a small-town Punjabi girl who inherits a fertility clinic from her uncle and has to run it for six months.