Mahima Chaudhry turns 45 today. The actress made her way into our hearts with refreshing performance in Subhash Ghai's Pardes in 1997. Until her next appearance, let us go down the memory lane and revisit some of Mahima's best song appearances. 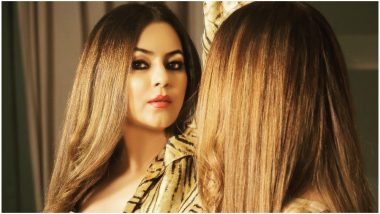 Mahima Chaudhry turns 45 today. The actress made her way into our hearts with refreshing performance in Subhash Ghai's Pardes in 1997. Over the years, she has been nominated for her performances in various films like Pardes, Dhadkan, Dobara and Dil Kya Kare. She has been away from the limelight for some time now, but keeps her fans updated on her Instagram page. Just today, she talked about how she is excited to celebrate her birthday on Friday the 13th. The actress has featured in some very memorable songs in Bollywood. You can still bring the house down with the groovy, Aksar Is Duniya Mein. Today, we are appreciating the best of Mahima's songs.

There is a slight possibility that we might get to see more of her on the screen. Rumour has it the actress has been approached to be a part of Bigg Boss 13, hosted by Salman Khan. There has been no word from Mahima on the same, but we'd love to get to know her better. Until her next appearance, let us go down the memory lane and revisit some of Mahima's best song appearances.

This is probably the most popular song featuring Mahima Chaudhary. We'd not be surprised if in the near future Bollywood decides to churn out a remake of this one. The actress featured in a supporting role in this movie, but won hearts with "Aksar Is Duniya Mein".

This romantic track became a rage when it released in the '90s. Certainly, the best thing about this movie. And Mahima's presence only makes this one better. In fact, Mahima put her best foot forward when she acted in this revenge thriller.

Yes, in case you forgot, Mahima Chadhaury features in a remix version of the hit Falguni Pathak song. This song has a slightly higher tempo and more beats to it.

Mahima featured in a special appearance in this Salman Khan movie. The song is a peppy romantic number.

Have we collectively overlooked the fabulous pairing of Mahima Chaudhary and Salman Khan? Because here is another cool song featuring the two actors that remains a classic even today.

There is more from where these songs came from. Mahima has also featured in other hit numbers like "Meri Mehbooba" and "I Love My India" from Pardes and "Aap Ka Aana Dil Dhadkana" from Kurkshetra. We can't thank Mahima enough for entertaining us for so many years. She is a gem whose true potential was not tapped into by Bollywood. We hope she has a second inning in the film industry.  We wish a very happy birthday to her.

(The above story first appeared on LatestLY on Sep 13, 2019 08:00 AM IST. For more news and updates on politics, world, sports, entertainment and lifestyle, log on to our website latestly.com).