Shah Rukh Khan's comeback project Pathan is one of the most anticipated films of 2021. Helmed by Siddharth Anand, this one also stars Deepika Padukone and Shah Rukh Khan in key roles. Having said that, the latest we hear is that the movie will be shot inside Dubai's Burj Khalifa. Check it out. 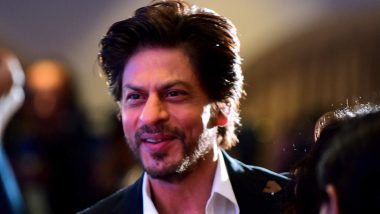 Shah Rukh Khan's comeback project Pathan is one of the most anticipated films of 2021. Helmed by Siddharth Anand, this one also stars Deepika Padukone and Shah Rukh Khan in key roles. It was last year in November when SRK's look from the movie was leaked online when the actor was spotted with long tresses at the shooting locale. However, now the latest we hear is that some action scenes from the flick will be shot inside Dubai's Burj Khalifa. Yes, this will be the first time an Indian film will give a glimpse inside the iconic structure. Shah Rukh Khan's Look For Pathan Leaks! Pics Of SRK In Long Hair Will Get You Excited About The Film.

As reported by Pinkvilla, apart from a few Hollywood films, not many have given a glimpse of the interior of the Burj Khalifa tower. The sequences that are shot inside will be high on action and visuals. "The idea is to go one notch above what’s already done so far. Apart from Mission Impossible and Fast and Furious franchise, not many films have been shot inside Burj Khalifa, and Pathan will be among the first few Indian films (probably the first) to have actual visuals of the tower from inside," revealed the source told the portal. Pathan: Shah Rukh Khan Spotted Shooting for High Octane Action Scenes in Dubai.

"It’s a prolonged action sequence designed by an international stunt team, and one can expect spectacular visuals on the screen. It’s a culmination of Siddharth Anand, Aditya Chopra and Shah Rukh Khan’s vision, to shoot a massive action scene at Burj Khalifa. Don’t be surprised if you find SRK fighting on the top of the tower just like Tom Cruise when you watch Pathan on the big screen." the source added.

It’s car, bike, guns, blasts, hand to hand combats – get ready for action, that’s sleek and stylish, at international repute in Pathan,” the source said. The reports also reveal that the filmmaker is planning a spy universe that might see SRK, Salman Khan's Tiger from Ek Tha Tiger as well as Tiger Zinda Hai and Hrithik Roshan's Kabir from War. Shah Rukh Khan Says, ‘See You All On The Big Screen In 2021’! Fans Think SRK Is Hinting About Pathan (Watch Video).

The makers of Pathan are planning to wrap up the shoot of the film by June this year and are aiming at Gandhi Jayanti or Diwali weekend as the time to release their film. So, are you excited to see SRK doing stunts inside the Burj Khalifa? Stay tuned!

(The above story first appeared on LatestLY on Feb 01, 2021 04:52 PM IST. For more news and updates on politics, world, sports, entertainment and lifestyle, log on to our website latestly.com).