Randeep Hooda Talks About Why He Likes Exploring Uncharted Territories

Randeep Hooda talks about how antagonists these days have their own unique style and swag. He opens up about his character in Radhe, it was something I had never played before. Radhe will premiere on &pictures on September 26. 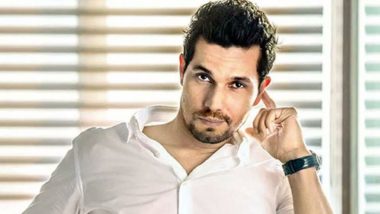 Bollywood actor Randeep Hooda says he likes exploring uncharted territory and talks about how antagonists these days have their own unique style and swag. Randeep, who was seen playing a negative role in the Salman Khan-starrer Radhe, said: "I like tapping into uncharted territories and exploring roles I've never played before." Randeep Hooda Gets Nostalgic As ‘Extraction’ Completes One Year.

He added that "newer characters" and elements are something he would want as an audience and that's what he tries to do with every project he takes up. Randeep shared: "So that I can bring something new to the table for the viewers. Radhe: Before This Salman Khan-Starrer, 7 Times Randeep Hooda Impressed Us in Roles of Grey Shades! (LatestLY Exclusive).

As for my character in Radhe, it was something I had never played before. Villains these days have their own unique style, look and swag. It was a different experience but I'm grateful to have taken it on." Radhe will premiere on &pictures on September 26.

(The above story first appeared on LatestLY on Sep 21, 2021 11:31 PM IST. For more news and updates on politics, world, sports, entertainment and lifestyle, log on to our website latestly.com).