Roohi is special in a lot of ways. It brings an interesting casting combo of Rajkummar Rao, Varun Sharma and Janhvi Kapoor. It is directed by the Gujarati filmmaker Hardik Mehta, who had earlier made the very likeable Kaamyaab. It is brought by the producers of 2018's sleeper hit Stree, also starring Rajkummar Rao. 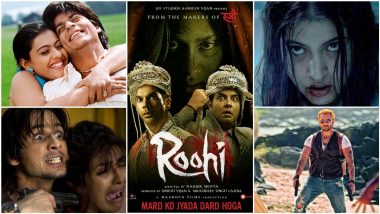 Roohi is special in a lot of ways. It brings an interesting casting combo of Rajkummar Rao, Varun Sharma and Janhvi Kapoor. It is directed by the Gujarati filmmaker Hardik Mehta, who had earlier made the very likeable Kaamyaab. It is brought by the producers of 2018's sleeper hit Stree, also starring Rajkummar Rao. Above all, it would be the first major release of Bollywood in 2021, after Government of India allowed theatres to operate with 100% occupancy. Roohi Trailer: Janhvi Kapoor Brings a Spooky Twist in Rajkummar Rao, Varun Sharma’s Lives (Watch Video).

The trailer of the film showcases Roohi's horror-comedy genre tropes in a very entertaining manner. Rajkummar Rao's recently-accessed comic timing blends well with Varun Sharma's funny antics and dialogue delivery. Plus, there is enough intrigue around what's possessing Janhvi Kapoor's character, shown here being kidnapped by two bumbling kidnappers, who didn't realise that they had caught something far beyond human comprehension.

Apart from the horror elements and the comic timing of the actors, the trailer offers some interesting (and hilarious) comic tributes to other movies as well. Including a certain Shah Rukh Khan and Kajol starrer that is still running in Maratha Mandir for three decades!

A Still from Roohi trailer

Well, 'The Makers of Stree' were not all quaint about Roohi being  in what we can say is Rajkummar Rao ghost-verse (though the actor is playing a different character here). The blend of comedy and horror, with a female spirit haunting and troubling the men, is common theme flowing between both the films. The only disappointing factor is that Roohi misses the services of the great Pankaj Tripathi, who was an absolute scene-stealer in Stree.

Some Twitter users are already comparing Jahnvi Kapoor's ghostly look to that of Anushka Sharma's in Pari. Considering that the director has worked on a couple of episodes of Pataal Lok, that was produced by Anushka, is this kind of a fan-tribute to her? Roohi: Janhvi Kapoor and Rajkummar Rao Starrer To Release on the Big Screens, Here’s What The Exhibitors Have To Say! 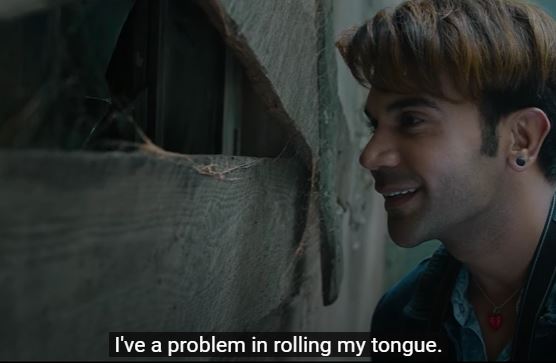 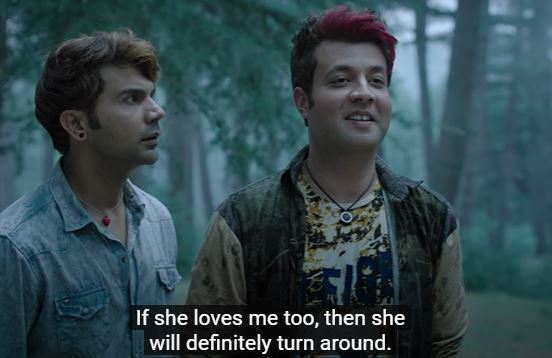 Of course, this is something that every Bollywood fan must have caught on, and if you haven't, stop calling yourself a Bollywood fan then! Even DDLJ fans would appreciate the funny horror twist given to the famous palat scene.

PS: Did you know that the 'Palat' scene in itself is inspired by a similar scene in Clint Eastwood's 1993 film In the Line of Fire? 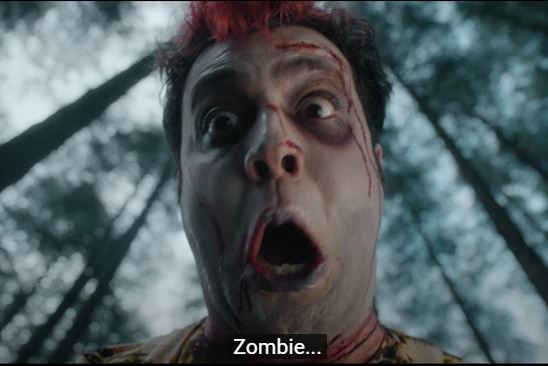 Go Goa Gone, Bollywood's rare foray into zombie territory, is one of the best horror comedies made in the industry. And since it was backed by Maddock Films, it is quite interesting to see Roohi paying an ode to their film. Interestingly, Varun Sharma is touted to appear in Go Goa Gone 2.

Roohi is scheduled to release in theatres all over India on March 11. The box office success of the film is crucial in the days ahead, as Bollywood emerges in the post-lockdown period to send other biggies to the theatres.

(The above story first appeared on LatestLY on Feb 16, 2021 05:01 PM IST. For more news and updates on politics, world, sports, entertainment and lifestyle, log on to our website latestly.com).