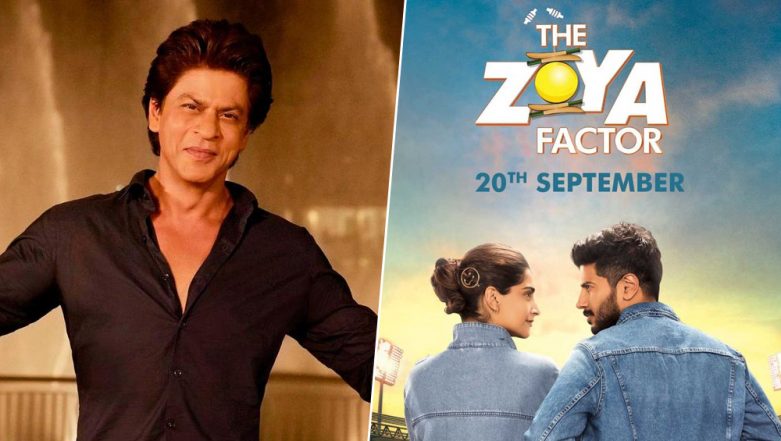 Shah Rukh Khan's absence from Bollywood films has left the fans speculating ninety-nine things. Almost each upcoming film has his name, either for a cameo or a full-fledged role. The latest one joining the bandwagon is Sonam Kapoor-Dulquer Salmaan starrer The Zoya Factor. Yes, the rumours are rife that the dimpled star might make a special appearance in the film. In fact, during a recent interaction, she was asked about the same and she almost confirmed it! The Zoya Factor: 10 Pictures Of Dulquer Salmaan From The Trailer Because He'll Get Us Through The Mid-Week Blues.

The film is based on the novel with the same name, written by Anuja Chauhan. The host of Bollywood Hungama, mentioned how the book has the mention of Shah Rukh Khan in the book. Hence, will there be a cameo of the superstar in the film? The actress said, " We see a bit of Shah Rukh Khan but we also see a bit of someone else." When further prodded, she said, "see, hear, may be watch." On this the Bangalore Days actor added that some things are there for the fans to guess and the surprises must be kept.

Well, now that was a confusing answer, honestly. Did she just confirm the cameo of King Khan or is there some twist to this? It will be cool to watch SRK in the film and the fans might just not want to miss a chance of the same. What do you think of Sonam's baffling hint? Tell us in the comments section below.