Yami Gautam and Vikrant Massey to Pair Up for Ginny Weds Sunny, Project to Go on Floors on This Date 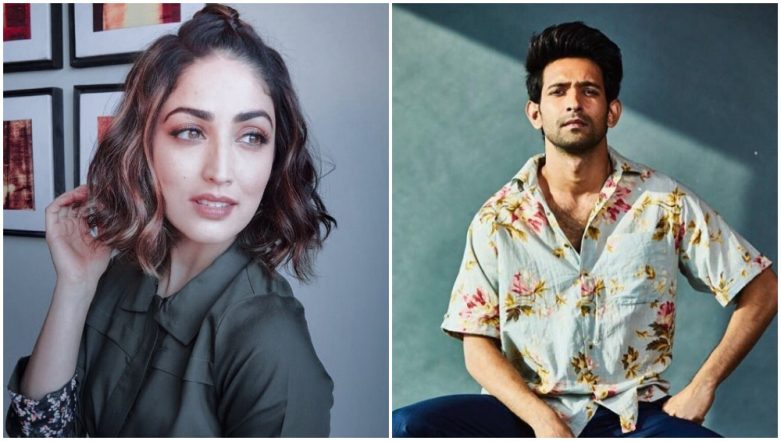 Yami Gautam and Vikrant Massey have never worked together for any film. This is the first time that they have collaborated for a project. The two have joined hands for the upcoming flick titled, Ginni Weds Sunny. The film will be helmed by debutant director Puneet Khanna and produced by Vinod Bachchan under the banner of Soundrya Production. According to a report in BT, the upcoming rom-com will go on floors on September 1. Hrithik Roshan And Yami Gautam Do An Ek Pal Ka Jeena In China Leaving Their Fans In A Tizzy.

Yami Gautam was last seen in Uri: The Surgical Strike that released in January 2019. The film which starred Vicky Kaushal in the lead, was a blockbuster. Besides Ginny Weds Sunny, the other project which she has in her kitty is Bala. Talking about Ginny Weds Sunny Yami was quoted saying, “The script is very quirky and a completely unexplored space for me! I am really excited to be working with Puneet Khanna, who has been working really hard on his first directorial venture. Vikrant is an extremely talented actor and it would be really interesting to work with him.”

Vikrant Massey who made his Bollywood debut with Lootera, is presently in buzz for his upcoming project with Deepika Padukone titled Chhapaak, scheduled to release in 2020. With regards to Ginny Weds Sunny the young actor stated, “We’ve been wanting to do something together, and I’m glad we found the right script for it. I’m sure the audiences will find it equally entertaining. This is a great opportunity for me; I have never done anything like this before.” Deepika Padukone, Vikrant Massey and Meghna Gulzar Bid an Emotional Good-Bye as It's a Wrap For Chhapaak! View Pics.

Well, fans of Yami Gautam and Vikrant Massey would be on cloud nine to see this duo together for the first time on the big screens. The report also suggests that the upcoming flick will be shot over a span of 50 days in locations such as Delhi, Noida, Ghaziabad and Manali. Stay tuned for further updates!