Green Blackberries is a film about the life of an Assamese girl Nishu. The independent short movie produced by VA films has been directed by Prithviraj Das Gupta. Nishu’s struggle to educate herself and to achieve her dreams is symbolic of what children growing up in the various states in North East of India is about. 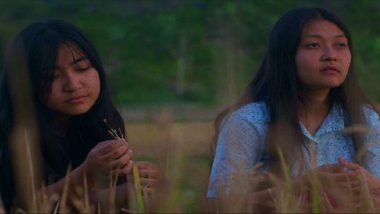 Nishu lives in a remote corner of Assam. Her home in the village is surrounded by fields of paddy, evergreen trees and rivers that are always in spate. For Nishu, her village seems small, confined and she dreams of bigger things and the bright lights of the city. She loves to study and excels in her school. Her school is just one room that has students from grade one to six but she loves it nonetheless. She also needs it to pass her exams so that she can get to achieving her dreams.

On the day of her final exam, as Nishu makes her daily journey from home to the school – her sister navigating their boat through the river, disaster strikes. Nishu needs to make it to school on time for her exam but as the clock ticks away, the sisters are stuck with no help in sight.

Nishu’s struggle to make it to her exam is symbolic of the struggle that children studying in the remote corners of India’s North-Eastern states face on a daily basis. Green Blackberries has been chosen to be showcased at the 2020 Edition of the Dharamshala Film Festival which has gone virtual this year.

This 45 minute short fiction film has been directed by Prithviraj Das Gupta, an alumni of Delhi University. Das Gupta says the motivation to develop and tell Nishu’s story came to him after he realised that in certain areas of the North East, there exists just one government-run public school that services 20 villages. He says children aged from 3 to 13 years walk up to 20 km daily to get to and from school. Despite these hardships, the children are motivated and have ambitions and dreams that they want to fulfill. Green Blackberries is about all this and more.