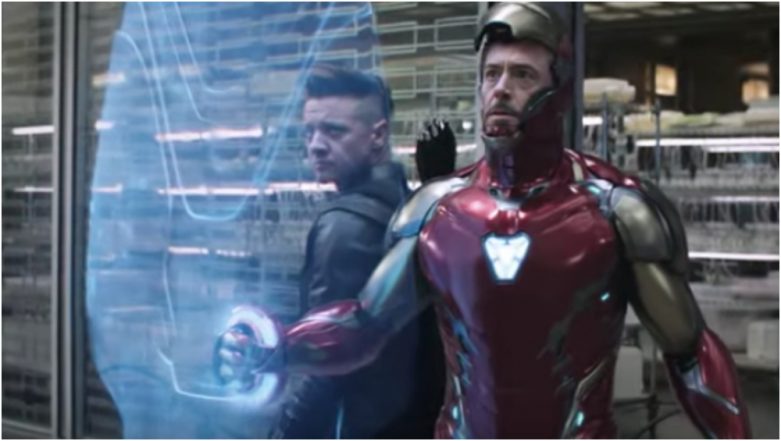 Avengers: Endgame has been in theatres for only five days but it has already rewritten quite a few box office records and has also entered the Rs 200 crore club in India. The 22nd Marvel movie is faring so well that it will certainly surpass the Rs 250 crore mark before ending its week 1. Directed by Russo Brothers, Endgame will also break the record of Vicky Kaushal's Uri - The Surgical Strike in the first week itself. The film had earned Rs 245 crore net in India before ending its theatrical run. And as for Endgame, well, its already raked in a little over Rs 215 crore and still has a long way to go at the Indian box office. Avengers Endgame Box Office Collection Day 4: The Marvel Film Fares Brilliantly on Monday, All Set to Enter the Rs 200 Crore Club

Further, a report in Boxofficeindia.com also stated, "Avengers Endgame will also cross the last Avengers film Infinity War in just one week. That film had grossed 228 crore nett and 290 crore gross and both numbers will be beaten in the first week. The film seems on course for the 400 crore nett mark but the second Friday number is important as if the Thursday to Friday drop is big then the 400 crore nett lifetime total could become a task." Avengers Endgame Box Office Collection Day 3: Robert Downey Jr. and Chris Hemsworth's Superhero Film Has a BLOCKBUSTER Opening Weekend in India, Rakes in Rs 157.20 Crore

Not just in India but Avengers: Endgame has stormed the box office across the globe and it was expected considering the crazy fan following that the Marvel Cinematic Universe has built over the years. In the opening weekend itself, the film minted more than $1.2 Billion at the global box office and now it seems that Endgame could very well beat James Camaron's Avatar to become the highest grossing film of all time.