Breaking Bad’s Giancarlo Esposito Wants to Star in a Marvel Movie, Says ‘Marvel World Would Be, Likely, the Next Step for Me’ 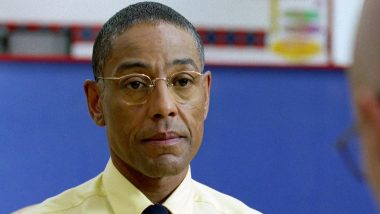 Breaking Bad star Giancarlo Esposito says he wants to work in a Marvel Cinematic Universe film. The actor, who played the villainous meth baron and fried chicken restaurateur Gus Fring in the acclaimed AMC crime series, said being cast in an MCU movie is the "the next step" for him. "Well there's been all these rumours about being with Marvel - I want to work with those guys. I put it out there all the time. Kanye West Plans To Run The US Just Like Marvel Movie Black Panther’s Wakanda!

"I haven't created any of those rumours, but I worked years ago with Louis D'Esposito, who's one of the guys at Marvel, back when he was doing Cotton Club (New York nightclub) and I was doing Cotton Club, he was the First AD," Esposito told Entertainment Tonight. Avengers: Endgame Director Russo Brothers React to ‘Snyder Cut’ and Reveal if Marvel Ever Interfered with Their Vision

The 62-year-old actor said he wants have an "enduring" partnership with the studio, known for churning out big-budget superhero action films.

"What they do is fantastic, and I want to do something enduring with them... I think the Marvel world would be, likely, the next step for me..." he added.

Esposito also reprised his "Breaking Bad" role for the fifth season of its prequel spin-off "Better Call Saul", which concluded in April. The actor will voice the main antagonist Anton Castillo in the upcoming video game "Far Cry 6".