Britney Spears Calls Conservatorship Abusive, Asks the Court To Give Her Life Back (Read Full Statement)

Britney Spears appeared in court and gave a full-fledged speech about her treatment under the conservatorship that has been controlling her life since 2008. She told the judge she would like it to end it. 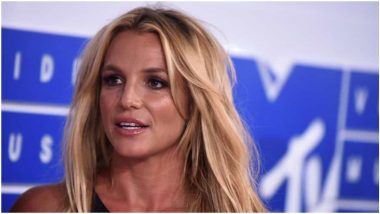 US pop singer Britney Spears who appeared before the court on June 23 after nearly two years finally broke her silence. She spoke up against her conservatorship, which basically has put up her personal and financial affairs in the hands of her father, Jamie Spears, since 2008. During the Los Angeles Superior Court session, Britney opened a can of worms and accused her father of many allegations. She also asked to end the court conservatorship that has controlled her life. Paris Hilton Comes In Supports Of Friend Britney Spears Amid Free Britney Movement, Says ‘Its Not Fair That She Has No Control of Her Life’.

The popular singer condemned her father and called the act 'abusive'. “I just want my life back,” she said. “I’m not here to be anyone’s slave.” “I’m traumatised. I’m not happy, I can’t sleep,” she said, “I’m so angry and I cry every day,” she added in the court. She didn't stop there, and mentioned, "This conservatorship is doing me way more harm than good,” she said. “I deserve to have a life.”

"I've been in shock. I am traumatized," she said, during a hearing that was audio streamed by the court. "I just want my life back." The sensational star also went of revealing how she desires to get married again and have a kid. However, she cannot as she has an IUD device that she wants to get removed, but she is not allowed to go to the doctor “because they don’t want me to have children.” “All I want is to own my money and for this to end and for my boyfriend to be able to drive me in his f***ing  car,” Spears added. Britney Spears Calls Herself ‘Motherf***ing Snake’ Donning a Snake Print Bodysuit, Check Pop Star Rant in a Shocking Post.

Many fans gathered outside the court wherein they hold boards and signs that read 'Free Britney' and 'Get out of Britney’s life!' Read Britney's full statement on conservatorship here. The case was adjourned on Wednesday (June 23) without a decision.

(The above story first appeared on LatestLY on Jun 24, 2021 11:35 AM IST. For more news and updates on politics, world, sports, entertainment and lifestyle, log on to our website latestly.com).