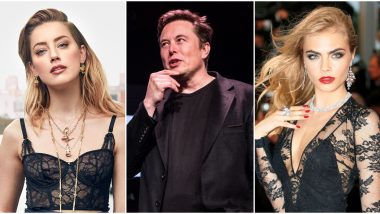 “Regarding this lawsuit, I would recommend that everyone involved bury the hatchet and move on. Life is too short for such extended negativity. Nobody is going to say, after it’s all over, that they wished the court battle had lasted longer!” was his reply to the actor's recent lawsuit. The Pirates of the Caribbean actor's claims are backed by Josh Drew, the ex-husband of Heard's best friend Raquel “Rocky” Pennington. In a leaked video of Drew's deposition, he confirmed that Amber and Cara did sleep with Musk on the same night at Depp's LA penthouse while she was still married to the actor. Pirates Of The Caribbean Reboot Makers Eyeing This MCU Actress to Replace Johnny Depp as the Face of the Franchise.

The actor filed a $73 million defamation suit against Heard in Virginia in 2019 after she described herself as a victim of domestic abuse. He is also suing a London newspaper that called him a “wife-beater” in an opinion piece. Johnny insists she was never a victim but he was in fact victimised by her. He also believes how his ex-wife had started a new affair with Elon Musk, just a month after their wedding.

When various media portals tried to get in touch with Cara and Amber's reps, they simply didn’t respond.

(The above story first appeared on LatestLY on Jun 19, 2020 10:44 AM IST. For more news and updates on politics, world, sports, entertainment and lifestyle, log on to our website latestly.com).