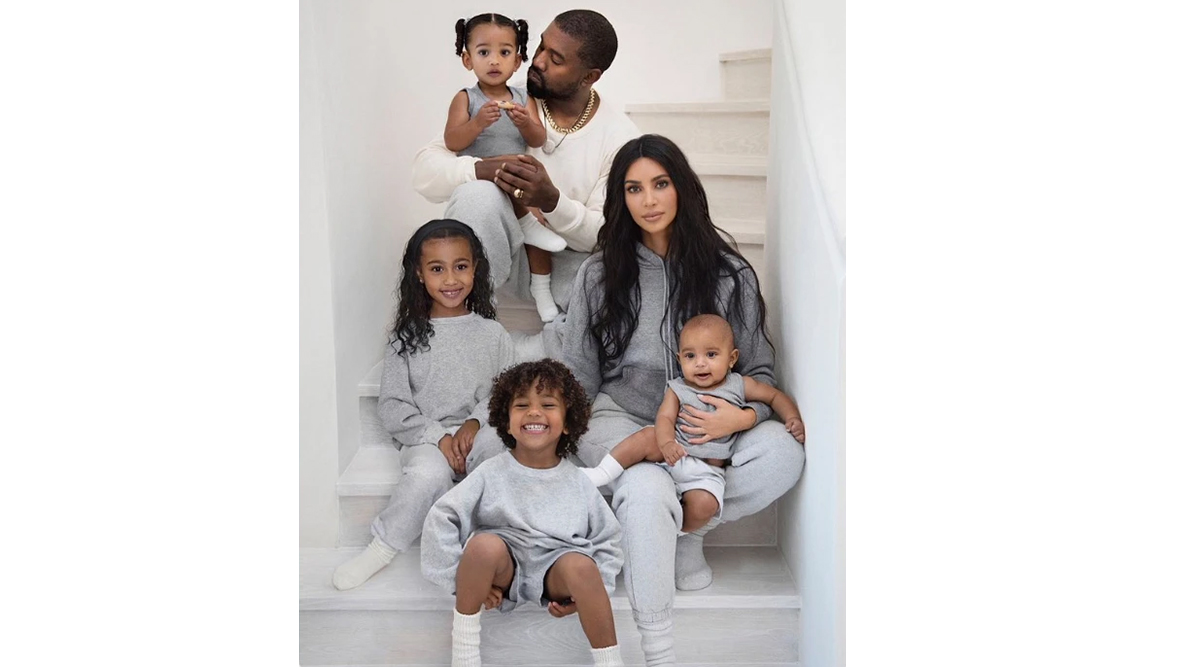 Reality TV star Kim Kardashian was criticised for photoshopping her children in her family Christmas card. She had posted the card on Friday, December 13. Opting for minimalist style in the holiday photo, Kim and her two oldest children were decked out in grey sweatsuits. Both Chicago and Psalm wore matching sleeveless shirts as Kanye West looked dapper a white sweatshirt. All of them sat on the stairs, with the rapper looking at Chicago, reports aceshowbiz.com. "The West Family Christmas Card 2019," Kim captioned the photograph. Kim Kardashian’s Christmas Decoration Gets Compared to Tampons.

Fans couldn't stop themselves from commenting on the image. One pointed out the lighting on North looked different than the others: "Who photoshopped north in? The lighting looks... different." Another said: "I was looking for this comment, this deff looks photoshopped." A user asked: "Why all the kids look like stickers?" Kim Kardashian Had Sexual ‘Awakening’. 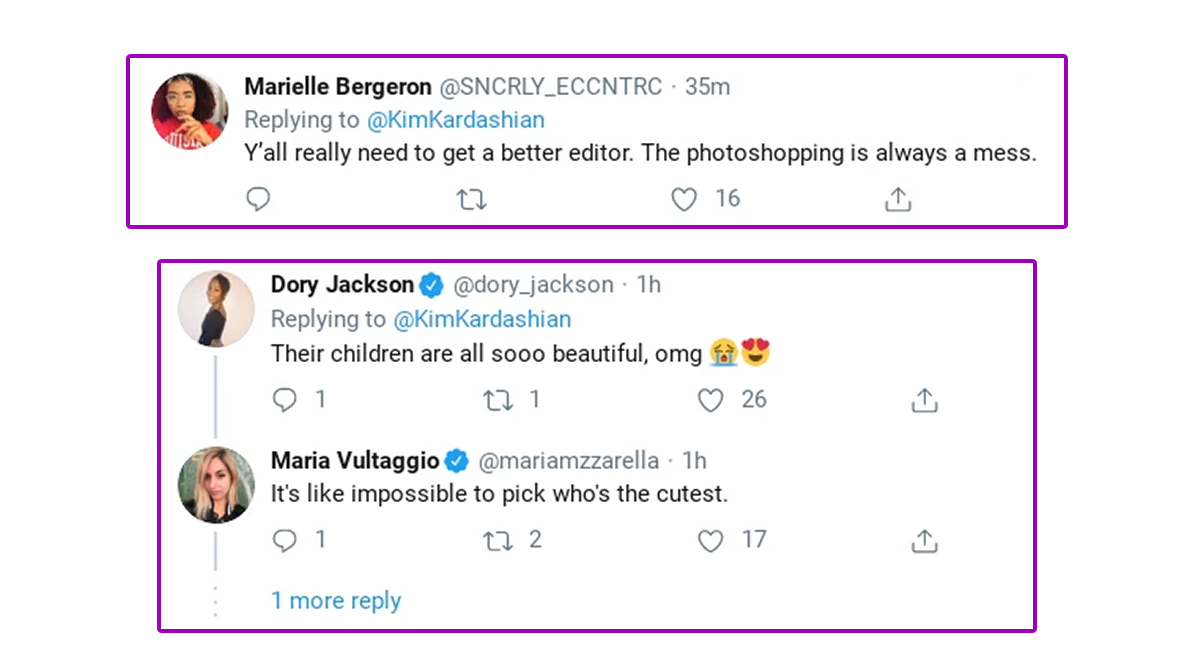 Another said: "I think they are photoshopped lol no joke if you look closer you can tell," with one adding, "This is 100% an edited photo I'm surprised more people haven't said this." Meanwhile, an individual suggested that Kim might have to edit her children because it is "close to impossible" to have four kids "acting right and still."