Philip Seymour Hoffman Birth Anniversary: Here Are Some Of The Best Performances By The Late Actor

Even though Philip passed away too soon in 2014, at the age of only 46, he managed to create a lasting impression with his body of work. The actor delivered top-notch performances on the screen every single time. On his 53rd birth anniversary, let's take a look at his best performances. 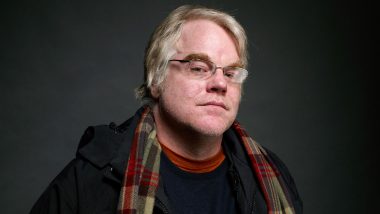 Philip Seymour Hoffman was a great actor. Even though he passed away too soon in 2014, at the age of only 46, he managed to create a lasting impression with his body of work. He delivered top-notch performances on the screen every single time. He got a degree in acting from NYU and after training at the Circle in the Square Theatre School on Broadway, he began his screen career with the TV series, Law And Order. Soon, he made his film debut, and went on to give some remarkable performances before leaving for his heavenly abode due to drug overdose.

Today is the legendary actor's 53rd birth anniversary. Let's take a look at some of his best roles.

Philip's strongest performance came out in Capote, a biopic of the author Truman Capote. Philip won many accolades for his terrific performance including the Oscar for Best Actor.

Doubt was initially a play, which was adapted for the screen by its writer John Patrick Shanley. The film stars the great Meryl Streep along with Philip, Amy Adams and Viola Davis. The fact that this film won four Oscar nominations says it all. Daniel Radcliffe Birthday: 7 Best Harry Potter Moments of the British Actor That Cast His Charming Spell on Us!

We wish Philip a very happy birthday. We are sure he is having quite a party in heaven.

(The above story first appeared on LatestLY on Jul 23, 2020 11:09 AM IST. For more news and updates on politics, world, sports, entertainment and lifestyle, log on to our website latestly.com).