Several fan pages share the pictures of Priyanka and Nick from the event on Instagram, and they are lovely. Enjoying each other’s company, the newly-married have given their fandom so many adorable moments to go gaga over. 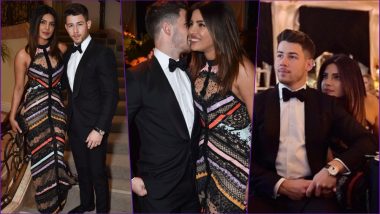 Newlyweds Priyanka Chopra and Nick Jonas attended the 2019 Learning Lab Ventures Winter Gala on January 31, Thursday in Beverly Hills. It was their first public appearance at a formal event after they returned from their romantic honeymoon in the Caribbean islands. It was nice to see them make a dashing entry to support a noble cause. Learning Lab Ventures raises funds that go directly into programming and scholarships. As has been the case so far, Priyanka and Nick were again the cynosure of all eyes, courtesy their cute PDAs and stunning outfits. What? Priyanka Chopra Wanted to Be Mrs Nick Jonas Since 2008! - Watch Video.

For the second annual Learning Lab Ventures Winter Gala, the handsome pair opted to wear black. Nick Jonas donned a classic sharp tuxedo, as for his wife, she tried to match her husband though not completely. Priyanka wore a halter neck striped gown with black being the primary colour and had multiple coloured stripes, see-through panels and lace patches. The 36-year-old wore statement earrings and carried an embellished black clutch to complete her outfit. She let her sleek straight hair down and had a subtle makeup with her evening dress. Gigi Hadid Is Going Gaga Over Priyanka Chopra's Hot AF Appearance For The Ellen DeGeneres Show - Read Her Comment!

Several fan pages share the pictures of Priyanka and Nick from the event on Instagram, and they are lovely. Enjoying each other’s company, the newly-married have given their fandom so many adorable moments to go gaga over. The HD photos show Nick whispering sweet nothings in his beautiful wife’s ear that puts a big smile on her face. They are seen posing with her high-profile attendees such as Armie Hammer and Elizabeth Chambers. Armie and Elizabeth's 4-year-old daughter, Harper Hammer, was one of the flower girls at NickYanka's church wedding. You can check out photos of ‘Cho-Jo’ (another moniker for the super couple) from the 2019 Learning Lab Ventures Winter Gala. 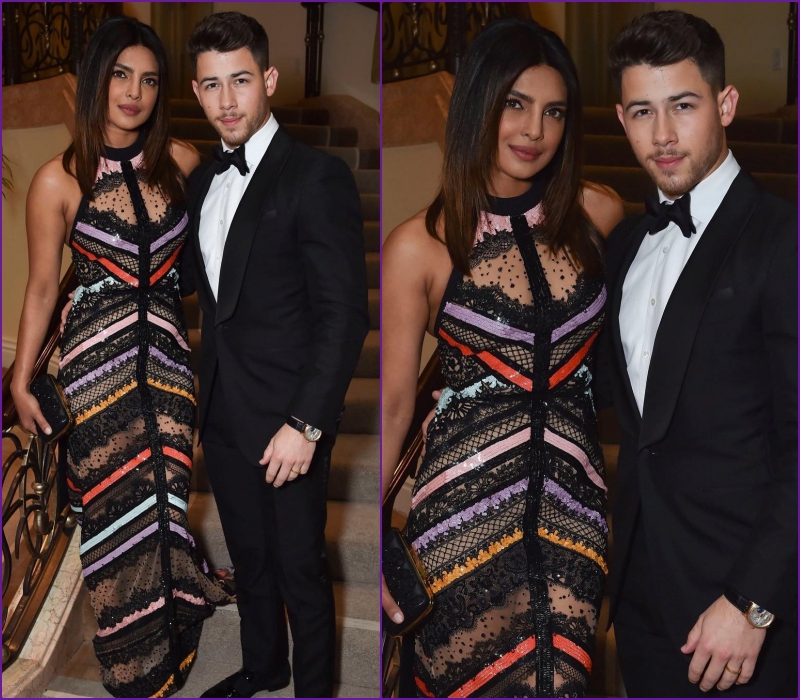 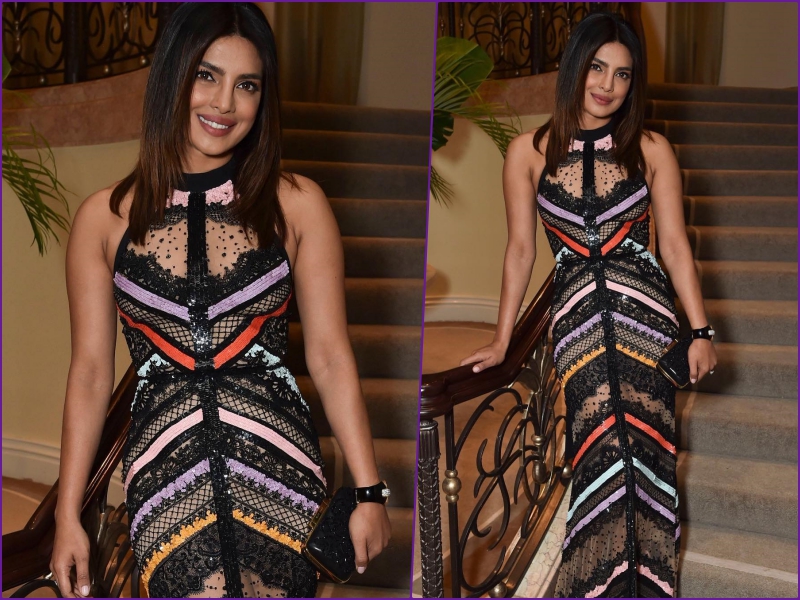 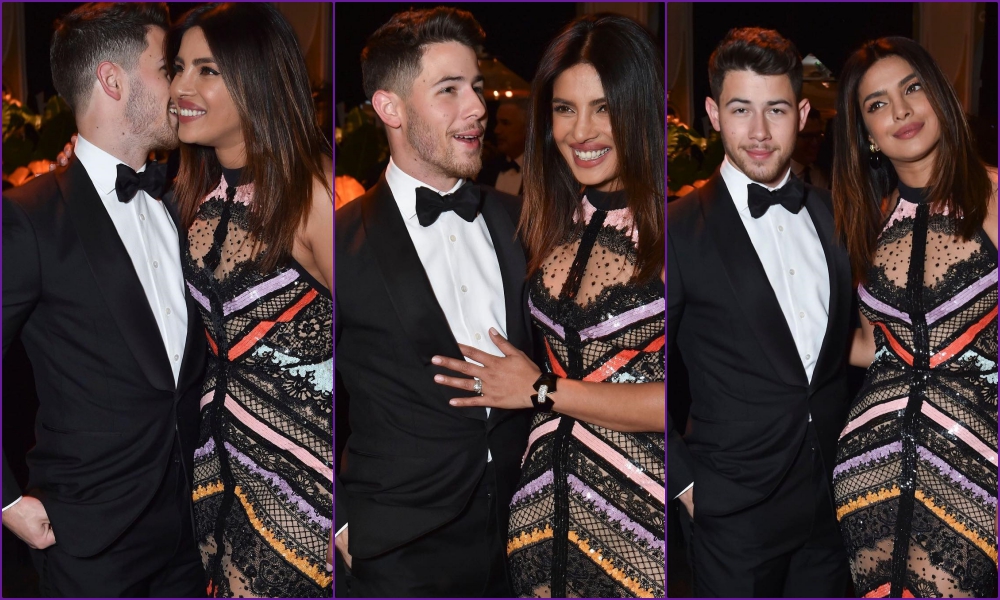 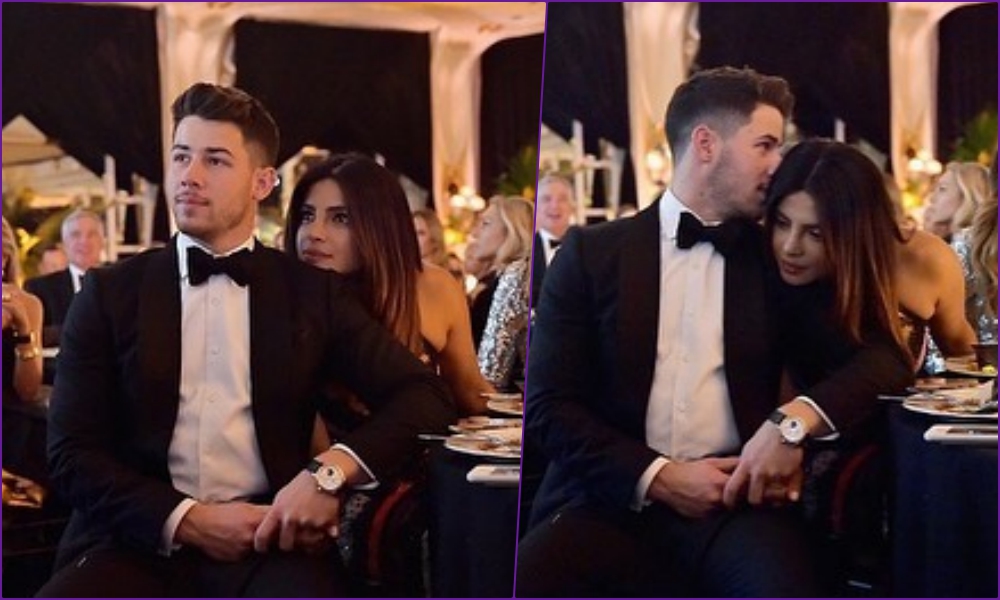 NickYanka With Armie and Elizabeth

Earlier, Priyanka Chopra who has kick-started with the promotions of her upcoming Hollywood flick, Isn't It Romantic was on The Ellen DeGeneres Show. The Indian beauty revealed how she was so surprised that Nick is so family-driven. “It shocks me how he’s not been corrupted. We know when you’re in entertainment for such a long time … He’s so family-driven, he’s all about his parents. And he’s just nice and sweet,” she said. Priyanka and Nick got married at Jodhpur’s Umaid Bhawan Palace on December 1-2 as per traditional Christian and Hindu wedding ceremonies.

(The above story first appeared on LatestLY on Feb 01, 2019 01:32 PM IST. For more news and updates on politics, world, sports, entertainment and lifestyle, log on to our website latestly.com).