Justin Bieber Turns into a Makeup Artist for Wife Hailey Bieber and Does a Surprisingly Good Job! (Watch Video) 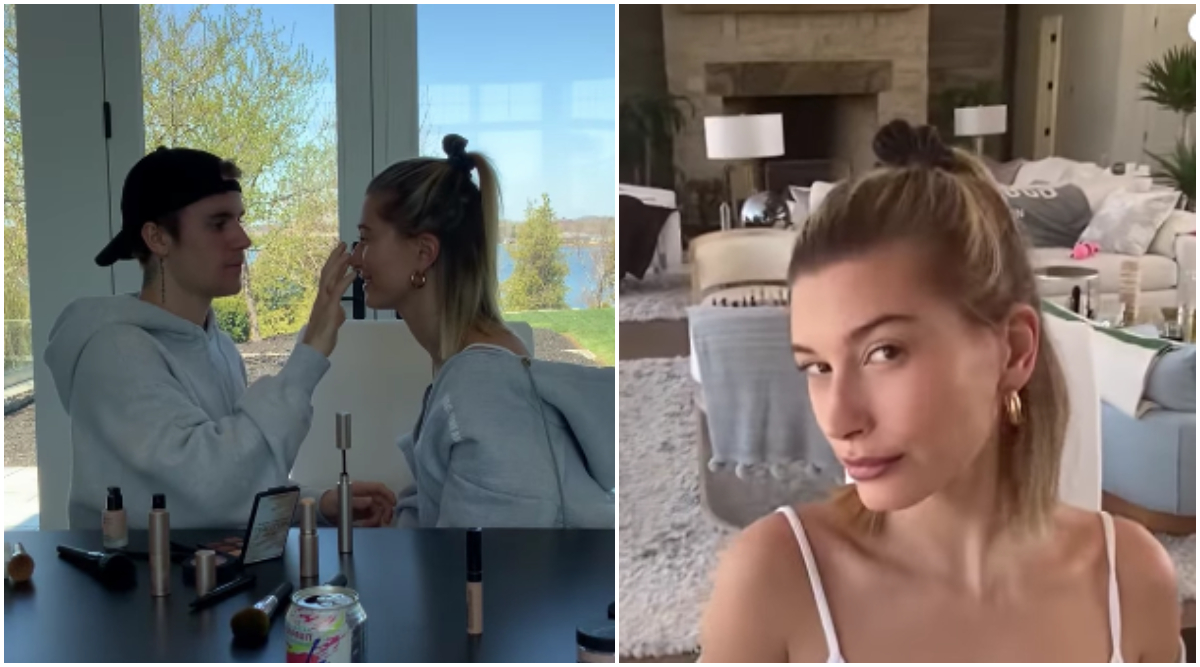 Justin Bieber and Hailey Bieber have been quarantining together at their Canda home and have been keeping fans entertained with their TikTok videos as well as the newly launched Facebook Watch reality show. The couple have been interacting with their fans through the same and spoke about everything from their relationship to the new video where they Justin was seen experimenting with Hailey's makeup. The couple are seen twinning in this video as they are seen sporting matching grey sweatpants and hoodies. In the video, Justin even confirms that this is the first time he's trying his hands at this. . Hailey Baldwin Opens Up About Being Compared With Justin Bieber’s Exes.

Bieber is seen taking efforts to perfect his actions as we see him pulling off the blending and highlighting technique. The "Yummy" singer then says, "I want you to actually look good, I’m not trying to make you look like a clown." What was even cuter was that Bieber was also seen coming up with an impromptu song, "Blend it, blend it, gotta go and blend it" while he was doing his wifey's makeup. Not only were we impressed by Justin's talent, Hailey too appreciated him as she said, "It’s actually really good. Justin’s coming for every makeup artist!”Justin Bieber Opens Up About Intimacy and Getting Physical in a Relationship, Says 'Sex Can Be Confusing' (Watch Video).

The couple have been entertaining their fans with The Biebers On Watch on Facebook as they are seen talking to each other and their fans openly about important stuff. The couple also spoke about their breakup on the show and the

'How they met' story as well. Recently, Justin also quipped that he would have been happier had he saved himself for marriage as he opened up on physical intimacy in relationships.