After experimenting with web series like Test Case, Bose: Dead or Alive, Romil and Jugal, Kehne Ko Humsafar Hai, Ekta Kapoor is now planning to bring the bold subject of Kamasutra in the digital space. 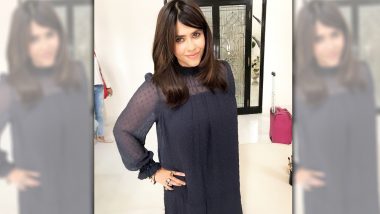 After ruling the TV industry for years together, Ekta Kapoor is establishing herself in the digital web world. After experimenting with web series like Test Case, Bose: Dead or Alive, Romil and Jugal, Kehne Ko Humsafar Hai, she is now planning to bring the bold subject of Kamasutra in the digital space. According to Mid Day, Ekta is set to adapt Vatsyayana's Kamasutra for web. Definitely, we can expect one of the boldest web series ever though this Ekta Kapoor venture.

As per the tabloid, the show will be based will tell the story of Goli caste in Rajasthan and the Rajasthani folk. If we go by the belief, the women from this caste used to serve as concubines to the kings. They stayed in the same palace along with the queens. Not only this, they also enjoyed all the royal luxuries and freedom.

A source told the tabloid, “The scripting is underway with Ekta supervising it. Simultaneously, she is also on the lookout for a director who will be able to handle the subject with the required sensitivity and aesthetics. India is the land of Kamasutra and it's essential to throw the spotlight on the culture without passing moral judgment.”

Who will helm this project has made us curious. However, more than that, we would love to know how the cast of this will supposed bold series look! Ekta has been giving some of the most popular shows lately and it won’t be surprising if this very project takes high viewership leaps within no time!

(The above story first appeared on LatestLY on Apr 10, 2018 02:42 PM IST. For more news and updates on politics, world, sports, entertainment and lifestyle, log on to our website latestly.com).