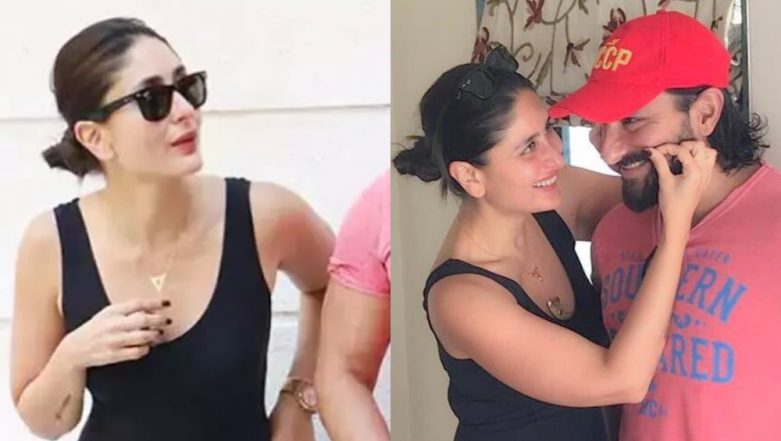 Kareena Kapoor and tattoos are making news headlines again. Long back, when Saif Ali Khan got Kareena's name tattooed on his arm, the nation could not stop talking about it for weeks. Well, the news is that there is a chance that now Kareena has gotten inked. The actress has not tattooed her husband, Saif's name on her wrist. But there are two minimalistic tattoos that fans have spotted on Kareena's hands. The internet is going crazy with theories about the new tatts. Some are saying they are permanent, while some are claiming that these are the wonders of temporary ink for some shoot. There is even a theory that Kareena's son Taimur has scribbled on her hand. Kareena Kapoor Khan's 'Healthy Diet' Plan For Taimur Ali Khan Is Every Desi Mom Ever!

The tattoo on Kareena's wrist can be seen clearly in the video below:

The tattoo on the back of her arm can be seen in the video below:

Does Kareena's character in one of her upcoming projects? Well, we might have to wait until Kareena's next interaction with the media for concrete answers on the topic.

On the work front, Kareena will be next seen in Dharma Productions' Good News. She will be reuniting with her Kambakht Ishq co-star, Akshay Kumar, for this one. The movie also stars Diljit Dosanjh and Kiara Advani. Kareena's name has also been announced as part of the stellar cast of Karan Johar's next directorial, Takht. Kareena will also be seen in Irffan Khan's Angrezi Medium.