More Action for Hrithik Roshan! Actor to Sign an Actioner with Sajid Nadiadwala Ahead of His Film with Tiger Shroff 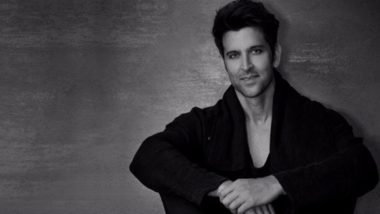 Hrithik Roshan is gearing up for the release of Super 30. He has also shot for an action entertainer (yet untitled) with Yash Raj Films, which will come out later this year. Now, we hear that the actor is already in talks to sign yet another action film. As per recent reports, Sajid Nadiadwala, producer of actioners like Baaghi 2 and Kick, has offered a film to the actor. While he is yet to sign the dotted lines for the same, Hrithik has apparently said yes to the project. Now, the producers are on a lookout for a suitable director for the film. Hrithik Roshan Likes THESE Dance Songs From His Own Films And We Bet You Will Relate!

Sajid is also the co-producer of Super 30, which has gone through multiple delays in its release. There is no confirmed release date on the film right now. It is also interesting that Hrithik and Sajid were working on a movie that was going to be directed by Rohit Dhawan, but that project, too, is on the backburner now. Enter, a new action-packed film.

"Hrithik has been keen to work with Sajid bhai, but the Rohit Dhawan script that he was listening to has been going through several upheavals. But this time Sajid has a script and Hrithik has liked the subject of this action-packed story and hence it will get rolling soon,” Deccan Chronicle quoted a source on the subject.

Hrithik was loved in the actioners like Bang Bang and Kaabil. Of course, he has all-out superhero series Krrish in his kitty as well. Due to Rakesh Roshan's health issues, we might have to wait longer for a sequel to Krrish 3. But in the meantime, we are looking forward to enjoying Hrithik on screen in other action avatars.

(The above story first appeared on LatestLY on May 13, 2019 08:29 PM IST. For more news and updates on politics, world, sports, entertainment and lifestyle, log on to our website latestly.com).