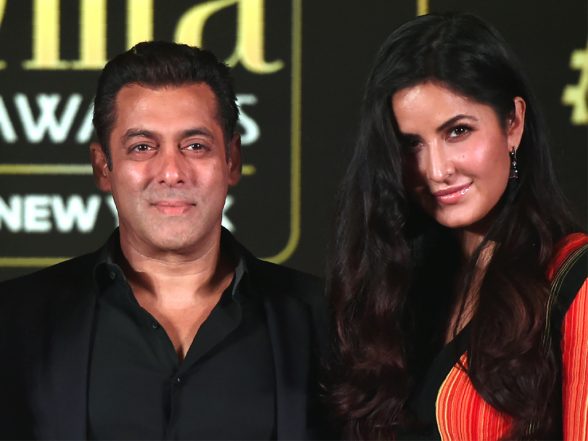 Fans are secretly hoping that ex-lovers Katrina Kaif and Salman Khan come together in real life. In a recent interview, Katrina also confessed that Salman's mother Salma Khan wanted the actress to get hitched to her son. The Dabangg hero has however been aloof about the subject of marriage and is in no mood to settle down anytime soon. However, there may be a ray of hope for those wishing for Salman-Katrina reunion. We all know how Salman is extremely protective about his ex-girlfriend. In fact, after her split with Ranbir Kapoor, Katrina was distanced by many of her so-called friends who chose to side with her beau. It was at this time that Kat found strong shoulder of support in the Bharat actor.

Salman roped in Katrina for Ali Abbas Zafar's Tiger Zinda Hai. A movie that earned Katrina the much needed box office hit after duds like Fitoor and Jagga Jasoos. And looks like Salman has again come to Katrina's rescue. As per an online report Salman had 'advised Katrina against doing both Zero and Thugs of Hindostan'. Apparently, Khan felt that despite having superstars Aamir Khan and Shah Rukh Khan in lead roles, Katrina had very little to do in these films.  At the time, Katrina wasn't willing to heat SK out, but not anymore.

Katrina Kaif did not just ditch Varun Dhawan's dance film with Remo D'Souza on Khan's insistence the actress is paying close heed to what advice the actor is doling out. It was reported during the Dream Tour that Kat was itching to work opposite Varun  in a movie. And she was super thrilled when Remo offered the actress a dance film. However, Khan was miffed with Varun and his father David Dhawan after the latter claimed that his son had taken over a place reserved for Salman in the industry. There were also rumours on how Remo's last film Race 3 proved to be a failure at the box office and Salman shares icy cold vibes with the filmmaker now. While we do not yet know the exact reason for Kat's walkout, looks like the actress is abiding by her mentor's rules now.

Will this professional association end up extending to personal life too? Well, considering that a certain Ms Iulia Vantur is keeping a distance from Katrina, it wouldn't be wrong to say that Salman-Katrina relationship might just be the next good news that we hear in tinsel town.