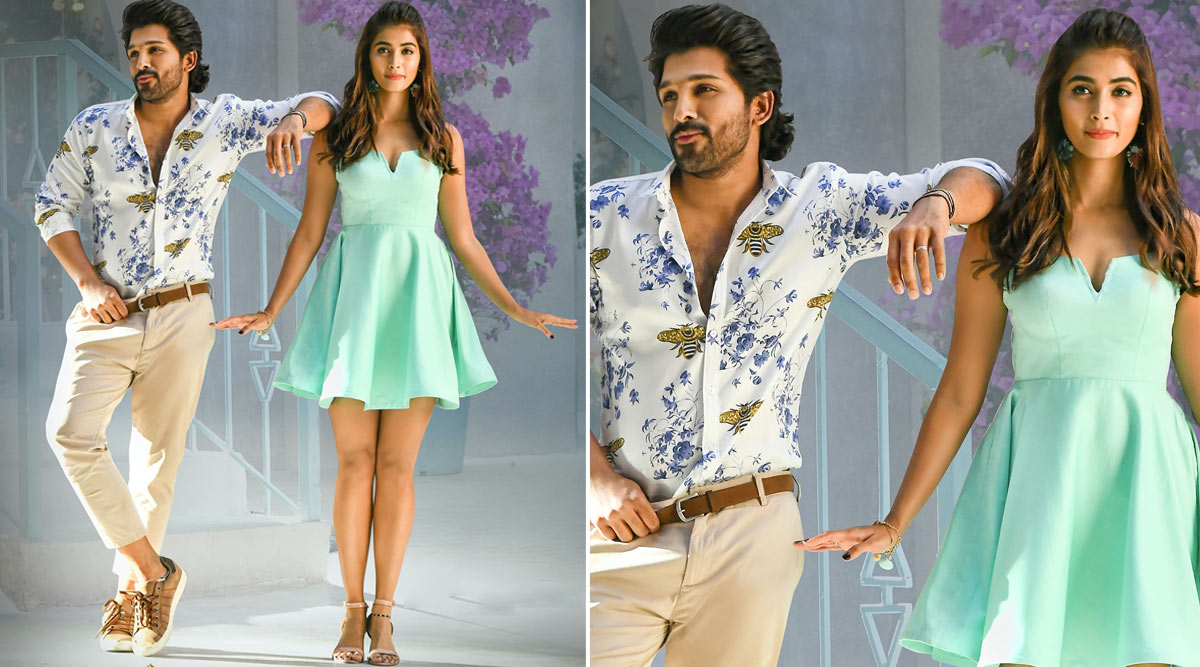 Southern superstar Allu Arjun's latest release "Ala Vaikunthapurramloo" became an instant hit on release, and the a song from the film, "Botta Bomma", has become a blockbuster on TikTok. On the short video-making platform, hashtag #bottabomma currently enjoys 36 million views, while #buttobommasong has 1.3 million views. TikTok users are seen performing the superhit hook step from the number. In fact, Allu Arjun himself has become a fan of some the fan videos of the song. On February 10, he shared a video of his choice where a fan can be seen dancing on the track. The actor said that it "was the most heart touching one of all" the #ButtaBomma videos. Ala Vaikunthapurramuloo Song Samajavaragamana Teaser: Allu Arjun and Pooja Hegde’s Chemistry Is the Highlight of This Track (Watch Video)

"This was the most heart touching one of all the #ButtaBomma Videos. I felt so happy to see that music takes us farrr beyond our limits. #Inspiring," Allu Arjun wrote alongside the video, which continues to trend well after a week. "Ala Vaikunthapurramuloo" is an action-drama directed by Trivikram Srinivas. The film also features Pooja Hegde, Tabu, Jayaram, Sushanth, Navdeep, Nivetha Pethuraj, Samuthirakani, Murali Sharma, Sunil, Sachin Khedekar, and Harsha Vardhan. Ala Vaikunthapurramuloo Song Butta Bomma Teaser: Armaan Malik Lends His Voice for an Allu Arjun Starrer for the Second Time (Watch Video)

According to deccanherald.com, "Ala Vaikunthapurramloo", which hit screens on January 12, 2020, has collected over a whopping Rs 250 crore, and counting.