Annaatthe: Superstar Rajinikanth’s Film Is All Set for Pongal 2021 Release

Superstar Rajinikanth's new film "Annaatthe" will release on Pongal 2021, it has been confirmed. The film's official announcement came on the verified Twitter handle of the film's producers, Sun Pictures. 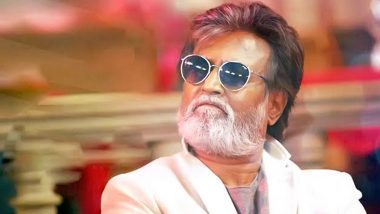 The team was planning to travel to different parts of India, including Pune and Kolkata. Right now, it is unclear when things will return to normalcy and shooting can resume once again. Given that the state government has given a nod to allow post production, the team of "Annaatthe" have resumed to work on the portions that have been shot. The music of the film has been scored by D Imman, while the cinematography is by Vetri.

(The above story first appeared on LatestLY on May 12, 2020 07:37 PM IST. For more news and updates on politics, world, sports, entertainment and lifestyle, log on to our website latestly.com).