In 2014 he produced his first feature-length movie 'Oraalppokkam'. The film also won the award for the best Malayalam film in the International Film Festival of Kerala 2014 besides theAKerala State Film Award for Best Director in 2014. 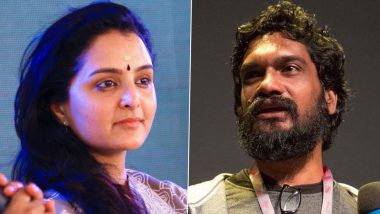 In dramatic scenes on Thursday, award-winning Malayalam director Sanal Kumar Sasidharan was arrested on a complaint from leading actress Manju Warrier that she was being threatened and stalked by him for a while. Sasidharan along with his relatives had come to a temple near his home town Parassala in the state capital district when three people dressed in plainclothes tried to forcibly take him into custody. Sanal Kumar Sasidharan Arrested By Kerala Police After Manju Warrier Files Complaint Against Filmmaker For Defaming Her On Social Media.

Soon the director went live on Facebook alleging that his life was in danger as a few people were trying to "kidnap" him. He was seen shouting that he does not have faith in the system in the state and is presently living at his sister's home in Tamil Nadu, which borders Parassala. He was refusing to listen to the statement of the three people who had come to take him.

But soon the local policemen arrived and news came from the Kochi City Police Commissioner that Sasidharan has been taken into custody based on the complaint by Warrier. Incidentally, it was on Wednesday that Warrier had raised the complaint, but the local Elamakara Police station officials at Kochi kept silent on who the culprit was and all that they divulged was that the complaint was against a person in the film industry. Chathur Mukham Movie Review: Logical Flaws Aside, Manju Warrier’s Horror-Thriller Keeps You Hooked Throughout.

Sasidharan is now being taken to Kochi. Sasidharan in the past few days shared a few social media posts, claiming that the life of Warrier was in danger. He alleged her managers were the reason why she was in trouble. He also pointed out that she is in "custody" of some people. The 45-year-old Sasidharan began his film career in 2000 and the next year he made his first short film using crowdfunding.

In 2014 he produced his first feature-length movie 'Oraalppokkam'. The film also won the award for the best Malayalam film in the International Film Festival of Kerala 2014 besides theAKerala State Film Award for Best Director in 2014. His film 'Kayyattam' in 2020 starred Warrier and was shot on an iPhone in the Himalayas and had also won acclaim.

(The above story first appeared on LatestLY on May 05, 2022 02:38 PM IST. For more news and updates on politics, world, sports, entertainment and lifestyle, log on to our website latestly.com).