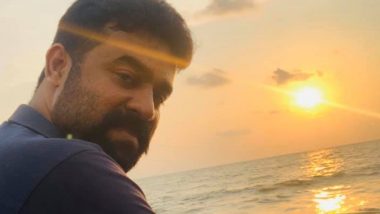 Owing to the ongoing global crisis, there are several filmmakers and producers who have decided to release their films on OTT platforms. As there is no clarity by when the cinema halls will re-open, the makers decided to skip the theatrical release. Sufiyum Sujatayum, produced by Vijay Baby under the banner of Friday Film House, was the first the Malayalam movie to release on an OTT platform. Although there were several film exhibitors who were upset with this decision, producer Vijay is happy that the musical romantic drama released online. Sufiyum Sujatayum to Premiere on Amazon Prime on July 3! Here’s All You Need to Know about Jayasurya-Aditi Rao Hydari Starrer.

In an interview to a leading tabloid, Vijay Babu shared his excitement about the response that Jayasurya, Aditi Rao Hydari and Dev Mohan starrer Sufiyum Sujatayum received on being released on the OTT platform, Amazon Prime Video. He also shared how now the regional cinema is getting its due through OTT. Vijay Babu told Mid-Day, “I don’t (consider) it a compromised release at all. Amid the pandemic, Malayalis across the country can watch it in one go. What more could I have asked for? Regional cinema is finally getting its due through OTT. A middle-class homemaker in Mumbai or Kolkata is being exposed to the flavour and culture of regional cinema.” Sufiyum Sujatayum Movie Review: Aditi Rao Hydari Steals The Show In Naranipuzha Shanavas’ Musical Love Tale.

Actor-producer Vijay Babu also shares how the OTT platform has given the opportunity for movies that could go unnoticed. He stated, “Recently, I saw my mother watching a Korean movie. The audience is now consuming regional and international movies, which would have gone unnoticed otherwise. OTT has raised the bar for content creators like us.” Meanwhile, besides the regional films, there are several Bollywood and Hollywood films as well that are scheduled to be released on streaming giants.

(The above story first appeared on LatestLY on Jul 08, 2020 08:28 AM IST. For more news and updates on politics, world, sports, entertainment and lifestyle, log on to our website latestly.com).