Days after the Central Bureau of Investigation (CBI) took over the Sushant Singh Rajput death case, the Mumbai Police has opposed the probe by the central agency. 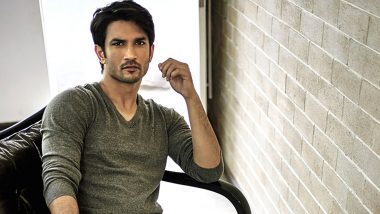 The affidavit, by Inspector BM Balnekar, stated that CBI cannot investigate in Mumbai till the time it gets a specific consent from the Maharashtra government under the Delhi Special Establishment Act. Inspector BM Balnekar is also the investigating officer of the Accidental Death Report (ADR) registered to inquire into the death of Sushant Singh Rajput. On request of the Bihar government, the Centre has handed over the probe to CBI. Fact Check: Was Sushant Singh Rajput’s Wikipedia Edited Before His Suicide, as Claimed by Twitterati? Here’s the Truth!.

The Mumbai Police questioned the "bonafide of all involved in this exercise" of transfer of the FIR in Patna to CBI, and added that the action of the Bihar Police in registering the FIR smacked of "malice" and "malafides". The FIR at Patna was "politically motivated and due to extraneous reasons", it further alleged. The affidavit also accused Sushant's father and his family of changing their statements.

Sushant's father's version to Patna Police is "tainted with afterthoughts", alleged the affidavit. It also argued that Sushant's father, despite being aware of the fact that the Mumbai Police were investigating his son's death, did not ever make any request to register an FIR against Rhea and her family members. Sushant's family has lodged a case against his son's girlfriend Rhea Chakraborty.

"On the contrary, the statements of all the close relatives of the deceased, including the respondent No. 2 (Sushant's father) as soon as possible after the said death, demonstrate that none of them had any suspicion about the suicide committed by the deceased or against anybody whosoever in that regard," said the affidavit. The apex court is slated to hear the matter on August 11.

(The above story first appeared on LatestLY on Aug 09, 2020 01:59 PM IST. For more news and updates on politics, world, sports, entertainment and lifestyle, log on to our website latestly.com).