The Maharashtra government has submitted, in a sealed cover, the investigation report in the death of Bollywood actor Sushant Singh Rajput to the Supreme Court. 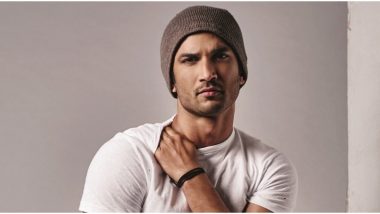 The Maharashtra government has submitted, in a sealed cover, the investigation report in the death of Bollywood actor Sushant Singh Rajput to the Supreme Court. According to sources familiar with the development, the state government submitted the details of the investigation conducted so far. It is also slated to file a separate affidavit, either on Saturday itself or on Monday. The apex court has listed the hearing on the Sushant case on August 11. On August 5, the court had sought response from the Maharashtra government after the hearing in the petition filed by Rhea Chakraborty seeking transfer of case from Patna to Mumbai. Sushant Singh Rajput Death Case: Rhea Chakraborty's Brother Showik Arrives at ED Office in Mumbai.

On Saturday, Sushant's father K.K. Singh informed the Supreme Court, in a counter-affidavit, that Rhea has already begun to influence witnesses connected with the case and has also taken a U-turn on the CBI probe. Citing an email relied upon by Rhea, he asked that if this email was sent by Sushant's friend Siddharth Pithani to the Mumbai Police, why it was shared by the potential witness with Rhea, who is a prime suspect in the case.

"Nevertheless, the email is sent after the registration of the FIR and one day before the filing of the present transfer petition, and thus the said email seems to be procured by the petitioner (Rhea) from the potential witness, who seems to be already under her influence," said the affidavit, filed through advocate Nitin Saluja. Singh also contended that Rhea too had wanted a CBI probe, but questioned why she is opposing it now.

(The above story first appeared on LatestLY on Aug 08, 2020 06:55 PM IST. For more news and updates on politics, world, sports, entertainment and lifestyle, log on to our website latestly.com).