Aashram season 3 is the crime drama series helmed by Prakash Jha. In this third season Bobby would be seen as a self-proclaimed godman. 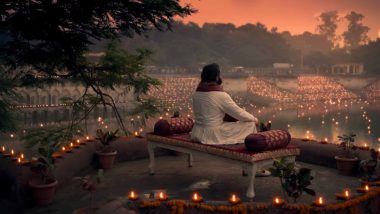 The third season of Bobby Deol-starrer Aashram is just a day away from its premiere. Aashram Season 3 is the crime drama series helmed by Prakash Jha. In this third season Bobby would be seen as a self-proclaimed godman. The earlier two seasons have had a successful run. All eyes are on this third season of the show. Ahead of the series’ premiere, let’s take a look at some of the key details. Aashram Season 3 Trailer: Bobby Deol’s Evil Lord Nirala Returns; Prakash Jha’s MX Player Series Streams from June 3 (Watch Video).

Plot – As per the streamer, Aashram Season 3 focuses on “megalomaniac baba, who continues to bend every rule to suit himself and has become a power-hungry adversary”.

Watch The Trailer Of Aashram Season 3 Below:

Streaming Date – Aashram Season 3 is all set to be streamed on MX Player from tomorrow, June 3.

Reviews – The reviews for Aashram Season 3 are not out yet. As soon as the review will be out, LatestLY will update you all with the same.

(The above story first appeared on LatestLY on Jun 02, 2022 02:35 PM IST. For more news and updates on politics, world, sports, entertainment and lifestyle, log on to our website latestly.com).