All Bigg Boss Seasons Ranked From Worst to Best 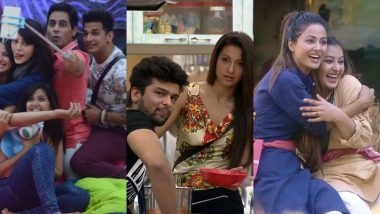 If you are not a fan of Bigg Boss, then A) what are you even doing here, and B) you have no idea what you are missing out on. The show is hands down the most popular offering by reality TV in India. No wonder it is in its 14th season. How time flies. It seems like just yesterday when I was rooting for Rakhi Sawant to win the debut season of Bigg Boss. Well, over the 15 years of its run, Bigg Boss has given Indian TV many memorable moments. And quite a lot of unmemorable ones, too. With Bigg Boss 14 we are expecting nothing else but for it to top all the previous seasons.

Some seasons were abundant with memorable moments, while I'd go the Eternal Sunshine of the Spotless Mind-way to a wipe a few seasons from my memory. You see where we are going, right. So, without further ado, here is our list of all Bigg Boss seasons, ranked from worst to best.

Yuck! For me, this was the most boring season in the history of Bigg Boss. Rimi Sen just sat there and complained about being on the show, and, honestly, that was the most entertaining thing on the season. If anything, I can thank the season for giving us Nora Fatehi. 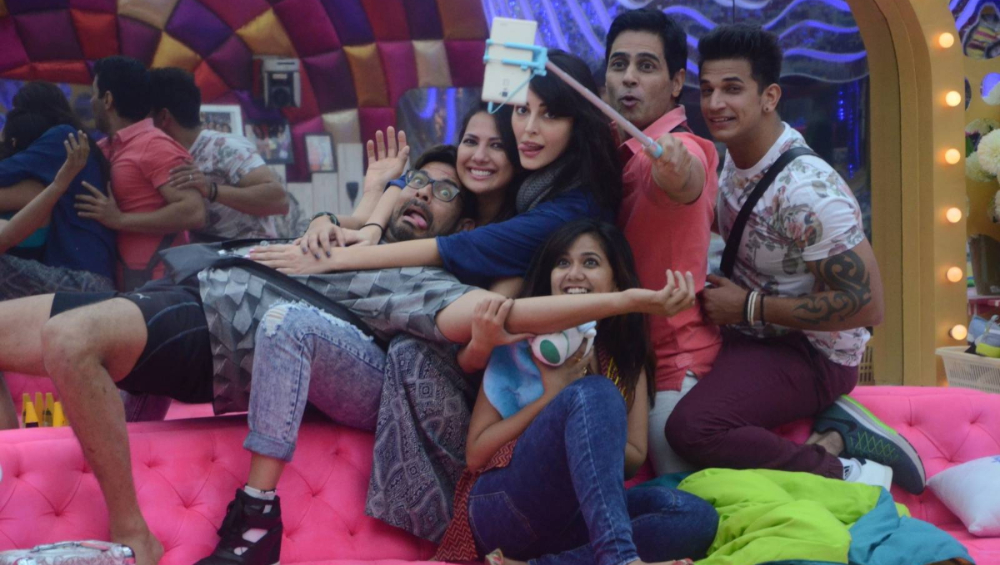 This season of Bigg Boss is used in Tihar jail to torture the inmates. Ok, I made that up. But that is one purpose the season can nicely serve. It used to be hosted by Amitabh Bachchan, which probably was the only good thing about the show at the time. Rest, to make my case, all I need to say is that the season featured KRK as a contestant and Vindu Dara Singh as the winner. 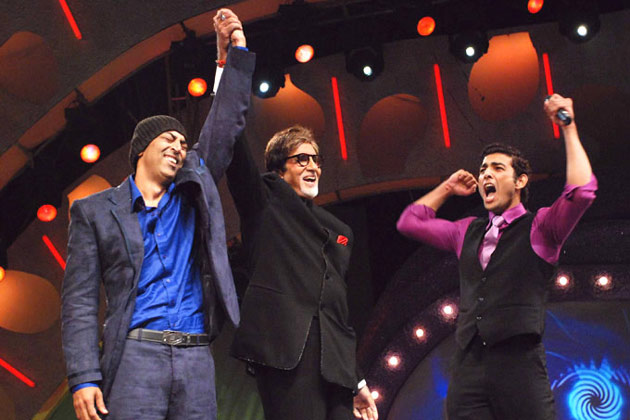 What on planet Earth was this season? Honestly, we can't remember one good moment from this dull and boring entry in the Bigg Boss franchise. Sreesanth's constant bickering like a baby was irritating to watch and was the only thing happening inside the house. Dipika Kakar was the sole ray of hope for the show. Don't even get us started on the utterly fake romance that was Anup Jalota and Jasleen Matharu. Good call, that makers discontinued the inclusion of commoners after this season. 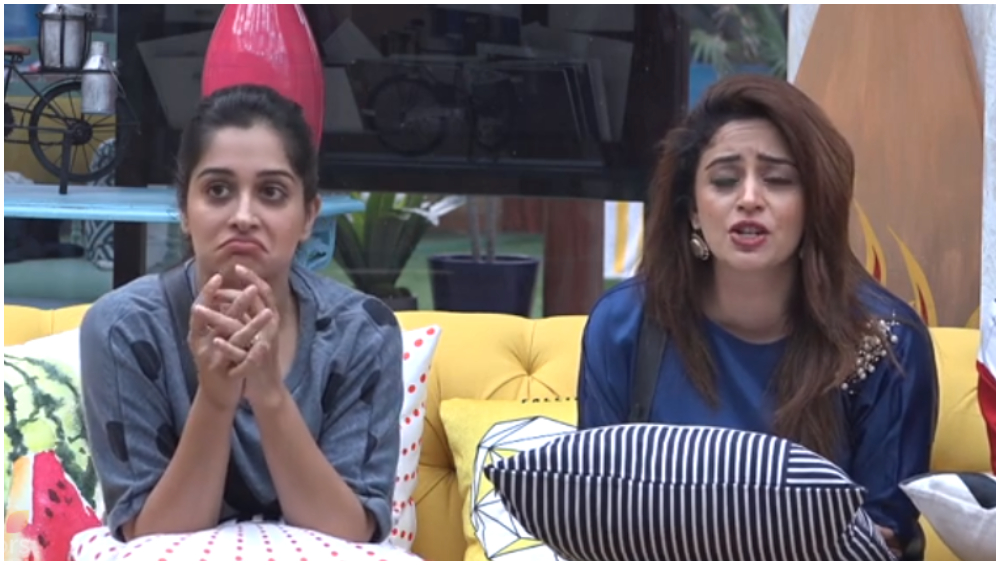 The show turned out to be a dud on the very first day. All-female contestants locked in a house with Shakti Kapoor. Who even came up with a bizarre theme like that? People hardly knew any of the contestants on the roster that year. Like Raageshwari was famous, but minus the 90's kids, I doubt anyone knew her. Similar was the case for the rest of the contestants. The makers had to bring in a few male contestants and Sunny Leone, later in the game, to stir things up and save face. BTW, to add to the injury, Salman was only partially present as the host. 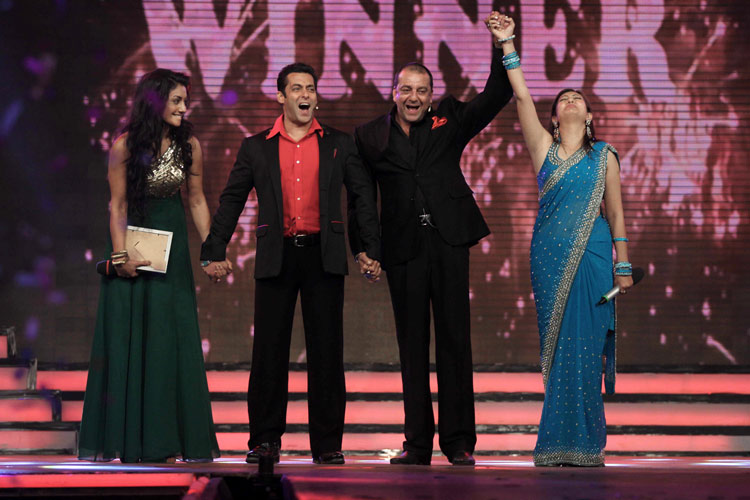 The season was hosted by Shilpa Shetty, who had just come out as a winner of Celebrity Big Brother and was an international sensation. In their defence, the makers did make sure that they did everything possible to make the show a hit. They got contestants from all walks of life - Rahul Mahajan, Monica Bedi, Sambhavna Seth, Payal Rohtagi, Raja Chaudhary. But unfortunately, the cringe factor of this season was way too high. There was anything but classy about season 2 of Bigg Boss.

The season was a dull fest, until Imam Siddiqui came on board as the wild card contestant. He came like a storm inside the house and the reality show was never the same. After him, the responsibility to keep the show running fell on names like Urvashi Dholakia and Rajeev Paul. But there were way too many names who were adding no value to the show on this season. 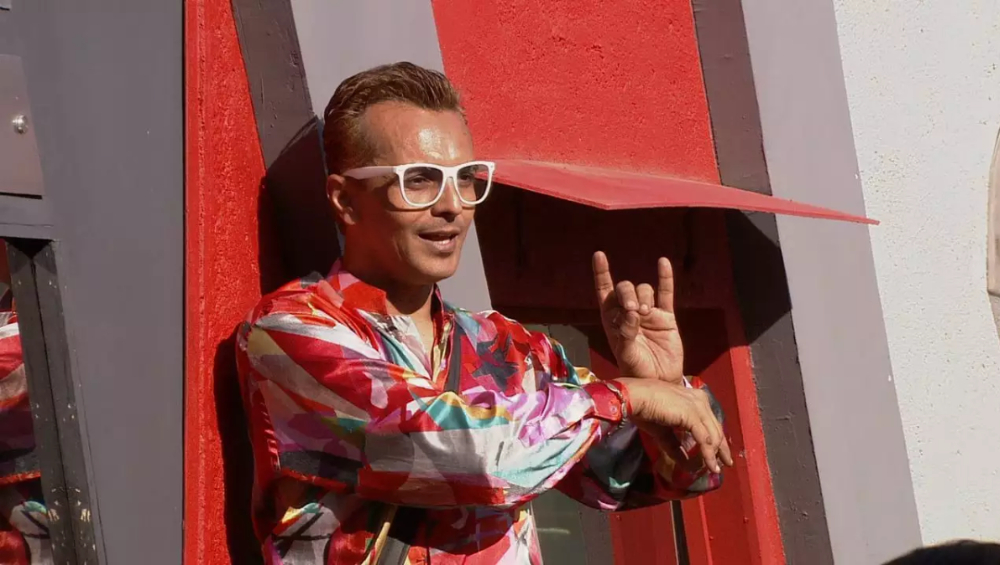 What worked against Bigg Boss 8 was the fact that it came right after an unimaginably successful season. It was a tough thing to match up to the awesomeness of Bigg Boss 7, but Gautam Gulati and Karishma Tanna gave it their best. It was certainly fun to see these two eye candies fight throughout the season like mortal enemies. 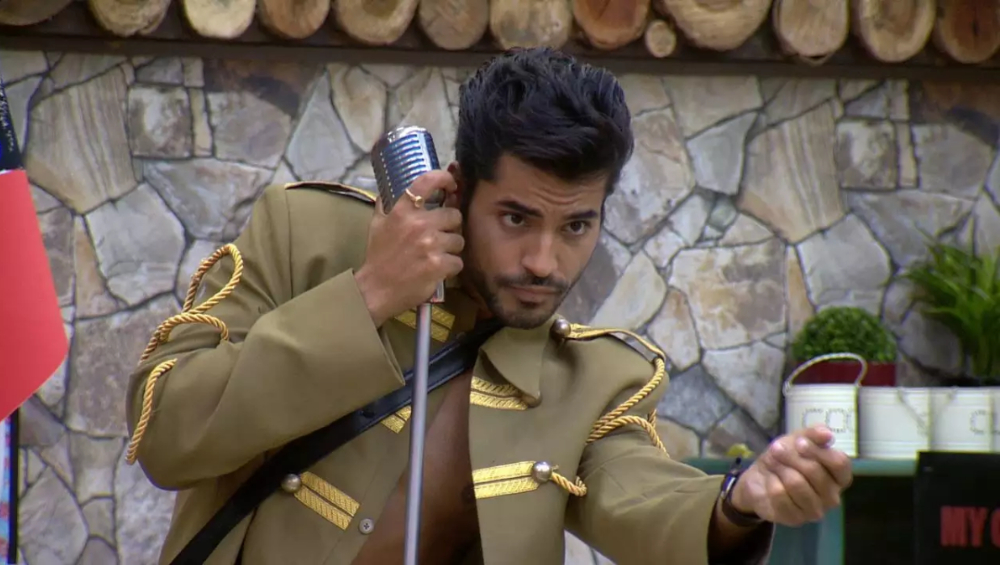 This season was turning out to be such a bore that it is hilarious. What all the makers had to do to make this show the success that it is. They even brought Pamela Baywatch Anderson inside the house and made her dance on Dhak Dhak, for God's sake. Then there was the amazing Dolly Bindra and her "Baap Pe Mat Jana" level anger. The Great Khali was also brought on board. They even made a celebrity couple get married inside the house. Yep, a live wedding on TV. The show did manage to save itself by the end. And I can't stress on this enough but Bigg Boss 4 had the best house amongst all seasons so far. 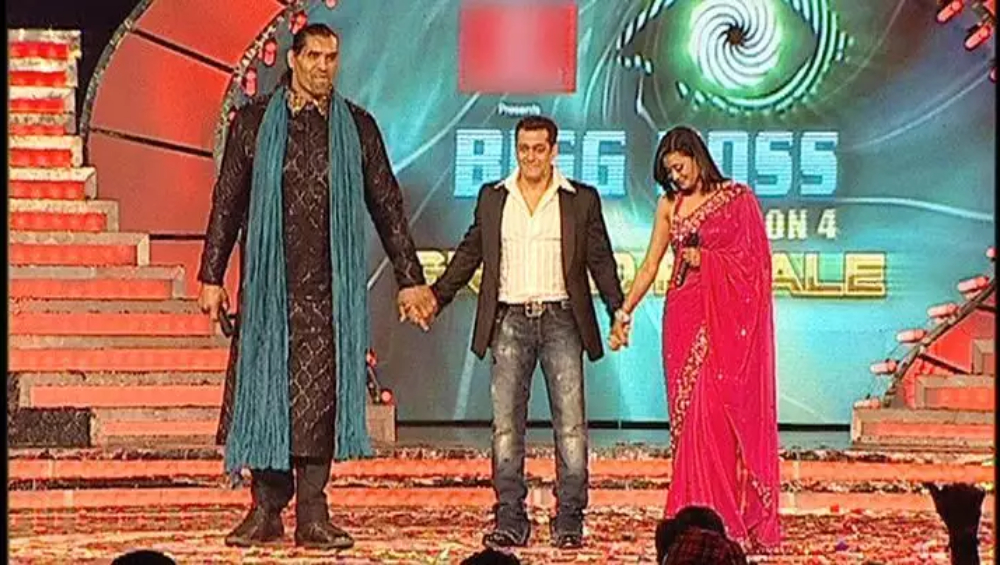 This season took the biggest risk of all time. It opened the doors of the house for not just celebs but also commoners. And not just one or two. Half the population inside the Bigg Boss 10 house was made up of commoners. But maybe that is what worked out in favour of the show. The audience was able to connect with it, more than ever. It made commoners like Manveer Gurjar, Manu Punjabi, Lopamudra Raut overnight sensations. 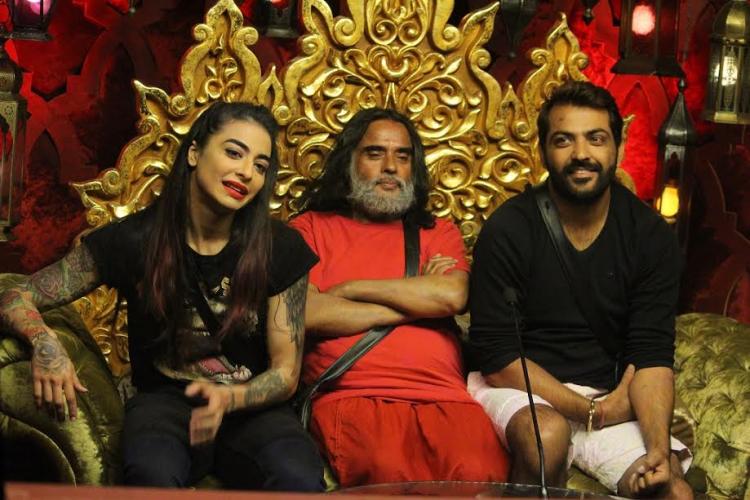 Bigg Boss 13 started off with a new twist to the format with contestants participating in pairs and the 'first' finale happening right after a month. The format did not work, however, because, by the end of it, the dynamics were nothing like in the first month. But with every passing week, the season got better and better. The season was explosive with contestants like Asim Riaz, Sidharth Shukla, Shehnaaz Gill, Rashami Desai, Paras Chhabra constantly fighting. CONSTANTLY. And it was also the longest season in the history of the reality show. Madhurima Tuli was thrown out of the house for physical assault. Many contestants landed in hospital over the period of 5 months. Debolina Bhattacharjee had to retire from the show due to an injury. 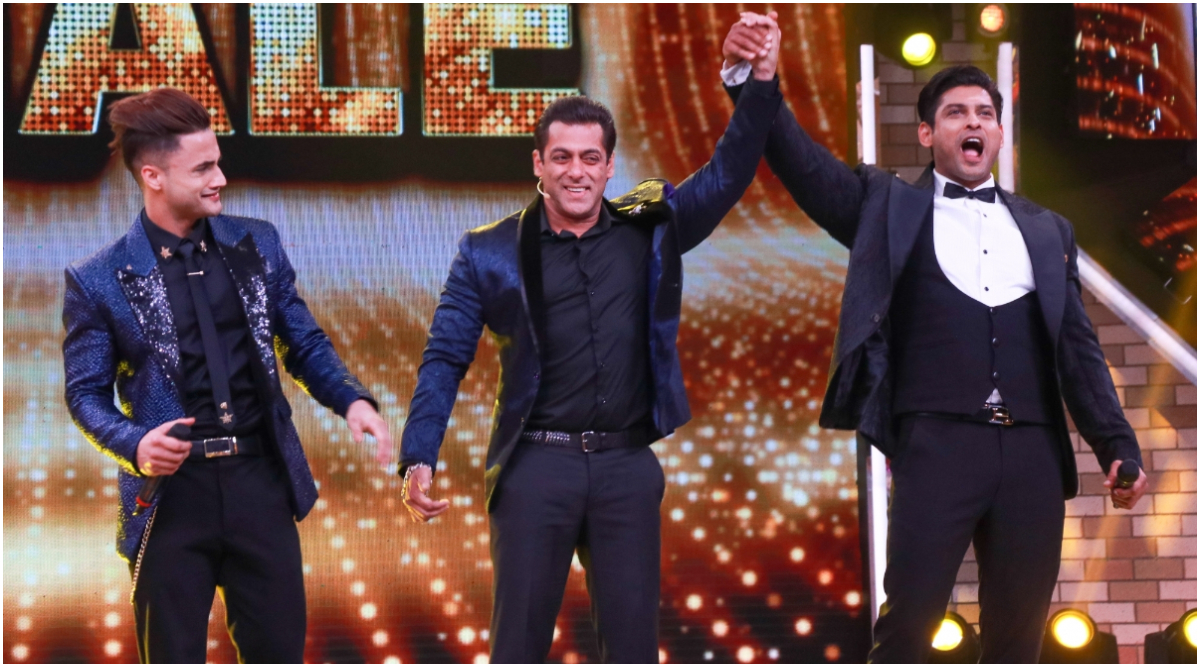 The debut season of the reality show is often not given the due credit. The drama quotient on the show was bigger than the size of the house. The season had some of the best contestants - Rakhi Sawant, Kashmera Shah, Ravi Kishan, Amit Sadh to name a few. What would I not do to watch a rerun of this season?

From the very first week of season 7, the audience knew that Gauahar Khan and Tanisha will be the finalists. The two ladies never got along. They not only divided the house into two groups, but they also left the audience divided over them. What a beautifully entertaining season. Which team were you on? Team Gauahar? Or Team Tanisha? 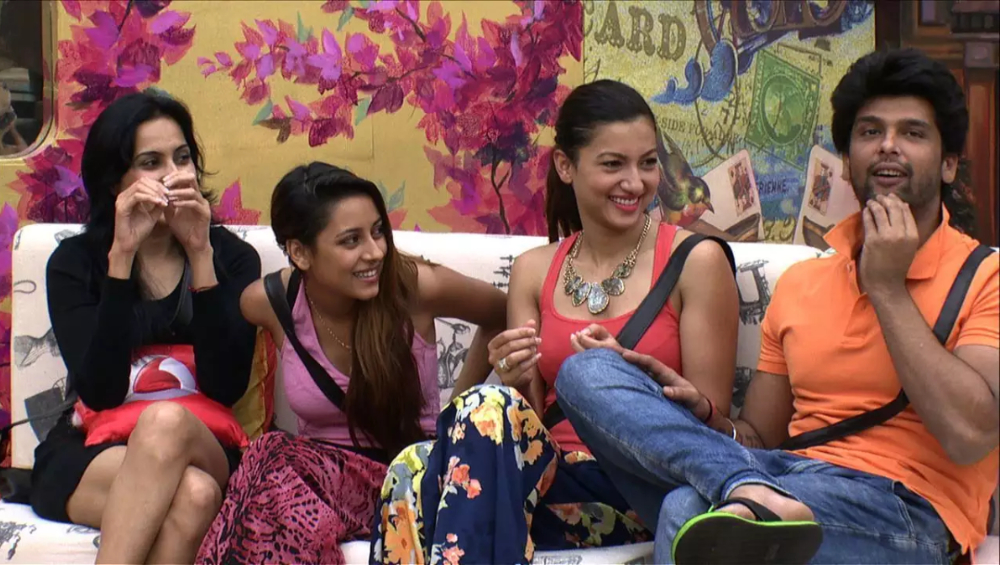 Truth be told, I had zero expectations from season 11 when it premiered. But little did I know that this season will turn out to be my most favourite. In fact, if you ask around, this season is a favourite for quite a lot of people. Shilpa Shinde and Hina Khan were two firecrackers inside the house who left no stone unturned to put up a fight against each other. Their fan clubs, outside the house, were going crazy while defending them. To add to the madness there were names like Akash Dadlani, Arshi Khan, Vikas Gupta, Priyank Sharma. The line-up of contestants turned out to be unimaginably amazing, that kept us entertained for the entirety of three months. 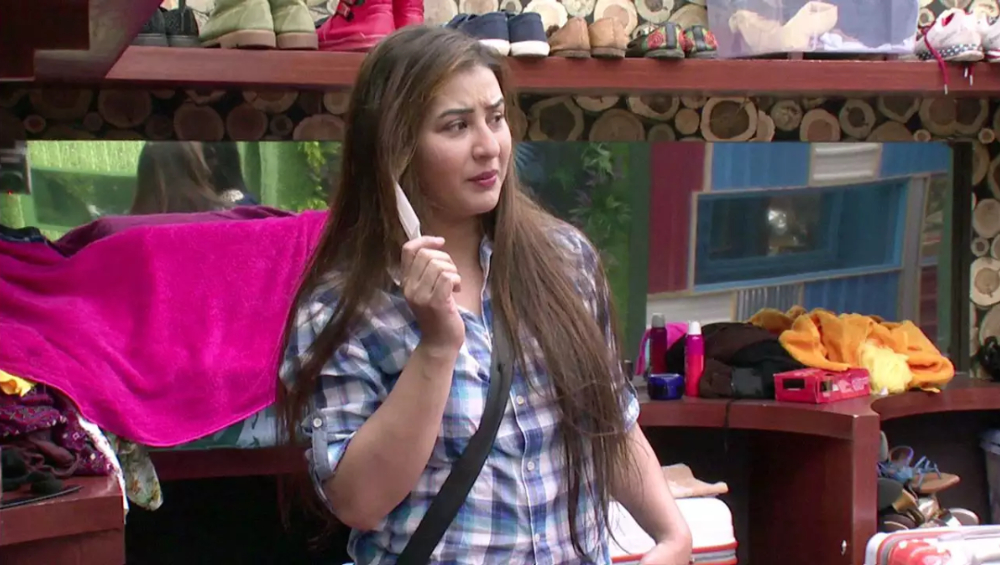 After the run of Bigg Boss 14, we hope to update the list with the new entry being on top. Let us see how the new season turns out to be. Do you agree with our ranking? How about you tweet us your ranking of all the 13 seasons at @latestly.

(The above story first appeared on LatestLY on Sep 17, 2018 06:06 PM IST. For more news and updates on politics, world, sports, entertainment and lifestyle, log on to our website latestly.com).