During the show, we saw the grow closer again and fans wondered if they will be reconsidering the divorce after BB14 or not. Abhinav, who recently got evicted from the BB house, finally talked about the divorce. 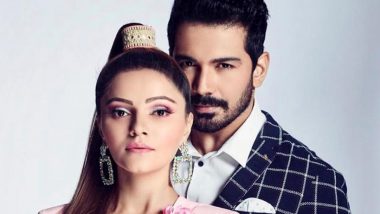 Bigg Boss 14 saw the love birds Abhinav Shukla and Rubina Dilaik enter the house together. As the days passed by, the duo opened up about their relationship and revealed how they were having troubles in the marriage. The two got hitched in 2018 in a big fat Indian wedding in Shimla and two years into the marriage, they decided to split up. Rubina revealed that the couple had given each other time till November to finally decide if they want to go separate ways or not. Bigg Boss 14: Rubina Dilaik and Hubby Abhinav Shukla Finalised for Salman Khan’s Controversial Reality Show?

Rubina had also said during one of the Bigg Boss 14 episodes that if it was not for the reality show, they would have already called it quits. During the show, we saw the grow closer again and fans wondered if they will be reconsidering the divorce after BB14 or not. Abhinav, who recently got evicted from the BB house, finally talked about the divorce and revealed if they will be separating or not. Talking to Times Of Indian, Abhinav revealed that everything is fine between them now.

He said, “Everything is fine now. There’s no divorce happening. The show made us stronger and strengthened our bond. When we were discussing the show before giving a nod to it, I jokingly told Rubina that once you see the fights inside the BB house, you might forget the little fights we had. Jo tab humko badi lagti thi, woh actually bahut choti-choti ladaiyaan thi (What seemed like a big deal to us back then was actually quite small)."

He went on to add, “During our stay in the house, we realised that we were making a fuss about small issues. Now, when she comes out of the house, hopefully after the grand finale, we will look into our issues and will solve them.” Rubina Dilaik and Abhinav Shukla had also celebrated Karwa Chauth during their stint in the house and that's when gradually they started looking at things differently. Bigg Boss 14: Rubina Dilaik and Abhinav Shukla Celebrate Karwa Chauth and It’s Super Romantic.

Abhinav and Rubina have had bitter-sweet memories inside the Bigg Boss house. Be it arguing with each other, tackling Rakhi Sawant, standing by each other's side and supporting each other, the two did experience a lot on the show. Fans will be elated to hear that this journey helped them look at their relationship differently and they after all have decided to stay married.

(The above story first appeared on LatestLY on Feb 13, 2021 09:07 PM IST. For more news and updates on politics, world, sports, entertainment and lifestyle, log on to our website latestly.com).