Nagesh Kukunoor will bring alive a bilingual series based on the life story of Satyam Computer Services founder B. Ramalinga Raju, who was convicted of corporate fraud in 2015. Kukoonoor's series will be based on Kingshuk Nag's book, The Double Life Of Ramalinga Raju, and capture the rise and fall of the industrialist. 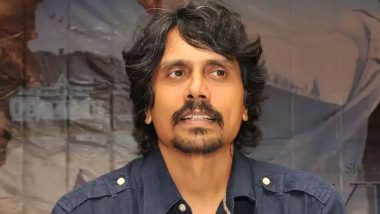 "The Double Life of Ramalinga Raju has been an interesting read and I am delighted to be a part of this visionary project," said Kukunoor. "The audio-visual medium allows other aspects and layers of the story to be told in a nuanced and engaging manner," Nag said. Keerthy Suresh's Still From Nagesh Kukunoor's Untitled Film Released on Her Birthday, First Look Poster to Be Out on Diwali 2019 - View Pic.

"Viewers are intrigued by biopics. Stories of real people and what they've done are always fascinating to watch. Also, many have witnessed this story unfold in front of their eyes, through the medium of news. Thus, to be able to get an insider view is definitely an exciting prospect for the viewers," said Sameer Nair, CEO, Applause Entertainment, who are backing the project.

On Kukunoor's directing the series, Nair added: "An engineer turned filmmaker who hails from the very land this story comes from, Nagesh is uniquely positioned to understand the nuances and direct this series."The series, which will be available on SonyLIV, is currently under development and will hit the floors soon.

(The above story first appeared on LatestLY on Feb 11, 2021 05:31 PM IST. For more news and updates on politics, world, sports, entertainment and lifestyle, log on to our website latestly.com).