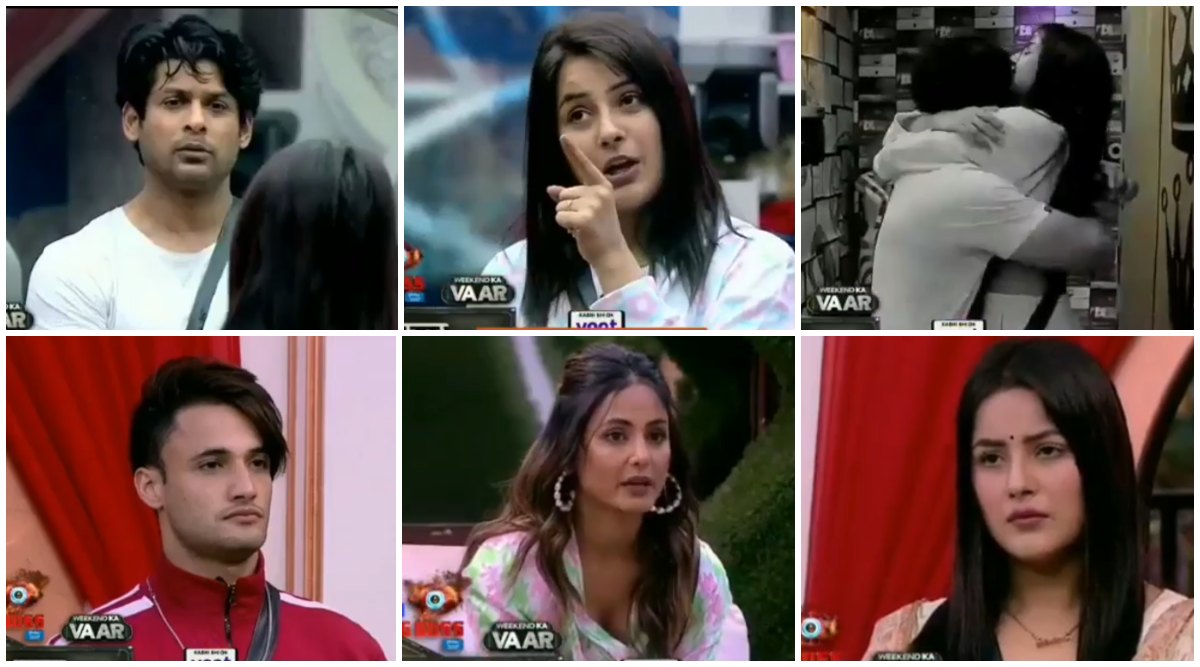 In the latest Weekend Ka Vaar episode, the viewers saw Salman Khan unleash his wrath on Shehnaaz Gill after the latter threw some major tantrums and even refused to speak properly with the host. Despite Salman, Sidharth Shukla, Rashami Desai and Arti Singh trying to pacify Shehnaaz, the lady refuses to budge and says she wants to leave the house at any cost, which gets Salman more irked than ever and he actually starts the show while leaving a sulking Shehnaaz Gill out in the garden area. Bigg Boss 13 Weekend Ka Vaar Highlights: Salman Khan Enters The House And Refuses To Entertain Shehnaaz Gill's 'Nakhre'.

And while she is outside, Salman Khan tells Sidharth Shukla that Shehnaaz is in love with him and that 'this one is dangerous'. And looks like Salman Khan's prediction is coming true, or that's what we see in the next (usually deceptive) promo.

The upcoming preview of the show sees Shehnaaz and Sidharth have a conversation in the washroom where she once again slaps Sidharth and in a very obsessive way, tells Sid that she loves him, forces him to say 'I love you back' and also says, "tu mera hai" and also, "tu mera hai aur mai faad ke rakh dungi sabko yahan pe"  which leaves Sid completely numb. Bigg Boss 13: Salman Khan Slams Sidharth Shukla For Pinning Shehnaaz Gill To The Ground, Blames Vishal Aditya Singh and Madhurima Tuli For Hitting Each Other (Watch Video).

The next part of the episode will see Hina Khan enter the house and also introduce the purpose of the Bigg Boss Elite Club, which comes with the advantage - one week's immunity from nominations. The winners of Bigg Boss Comedy Club - Asim Riaz and Shehnaaz Gill will have to speak up about how they deserve to enter the club than the other, to gain entry into the club. Easy eh... you think?