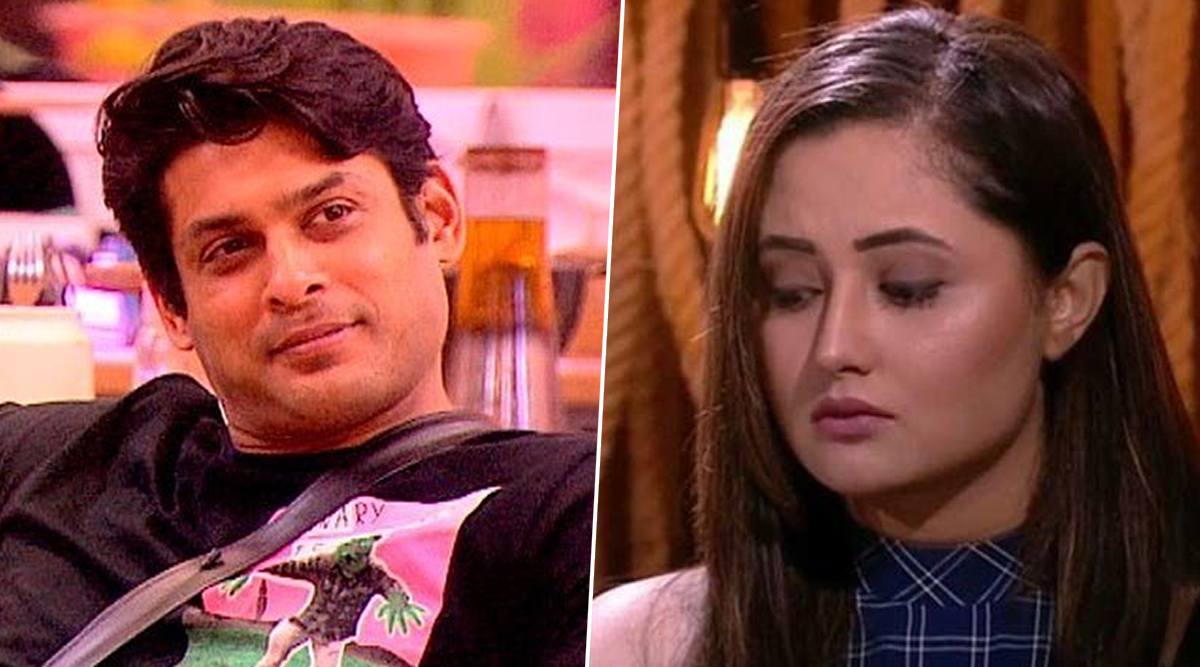 Fights, drama, and emotions will never come to an end on Bigg Boss 13. One of the main reasons that the house is always on fire is because of the tasks introduced by Bigg Boss. While Asim Riaz and Sidharth Shukla's violent and abusive fight grabbed maximum eyeballs, fans can also not ignore Rashami Desai and Sid's on-off banter on the show. Right from the beginning of the show, both Desai and Shukla have not been on good terms with each other and the war of words between the two never stops. Having said that, now going by a recent video that has surfaced online, looks like the muscular lad just abused Rashami. Bigg Boss 13: Major Throwback to the Time When Rashami Desai and Sidharth Shukla Entered The Show Holding Hands (Watch Video).

For the unversed, Sidharth Shukla and Paras Chhabra are currently in the secret room having a gala time and keeping an eye on the housemates. But going by the latest video, we wonder did Sid call Rashami Desai a b*tch? It so happened that during the captaincy task, Post Office, the moment Rashami Desai shredded Shehnaaz Gill’s letter from home, we see Shukla shooting those nasty words at Desai. Sidharth Shukla's words “What a b*tch” is not heard that clear as the channel has muted them. Well, this is not the first time Sidharth has targeted Rashami as earlier he has tagged her kamini, chor, and more. Bigg Boss 13: Rashami Desai's Brother Gaurav Slams Arhaan Khan, Says ‘My Sister Was Never On Road'.

Meanwhile, Rashami, Shefali Jariwala and Vikas Gupta are the captaincy contenders till now. The task will go ahead on today's episode and more contenders will be added to the captaincy list. Well, it will be really interesting to see who will be the next captain of the ghar? Stay tuned to LatestLY for all the updates from Bigg Boss 13!