Bigg Boss 13's Arti Singh took to her Instagram and this time talked about rejection. Check it out. 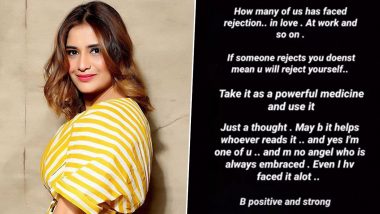 Bigg Boss 13 contestant Arti Singh was one of the smartest players in the controversial house. She played the game with sheer honesty and that's what made her reach the finale of the reality series. Having said that, the TV actress was quite a badass girl on BB 13 which made her a fan favourite. Post coming out of the show, Singh in her interview with TOI had talked about how she battled depression and also spilt beans about how she was ashamed to tell people about it as she thought they'll judge her. Now, taking to her Instagram, Arti brought the topic of facing rejection into the spotlight.  Bigg Boss 13’s Arti Singh Recreates Kajol’s Iconic DDLJ Towel Dance During Her Self-Quarantine Time (Watch Video).

In her post, she mentioned how she has also being rejected in life. Ahead, she added about how if 'someone rejects you it doesn’t mean you will reject yourself.' She further shared to take rejection as medicine and cure oneself. The words are indeed pure gold and we totally agree with the Bigg Boss 13 contestant. Abs Girl! Bigg Boss 13’s Arti Singh Is Not a Couch Potato As She Loses 5 Kgs in One Month of Self-Quarantine (View Pic). 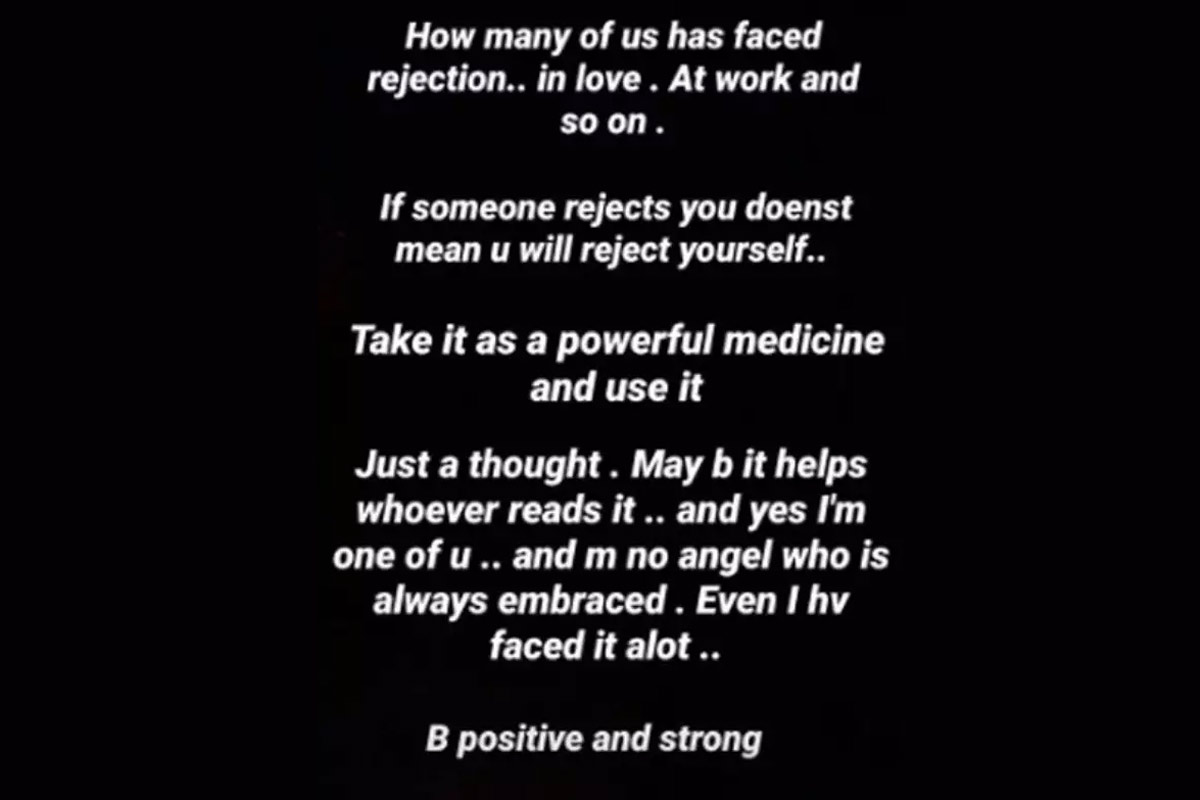 Before doing Bigg Boss, Arti Singh was moreover recognised as Bollywood actor Govinda's niece or Krushna Abhishek's sister. However, post the show, she is now known by her own name and nothing feels better than this achievement in life. Stay tuned!

(The above story first appeared on LatestLY on Jul 23, 2020 09:33 AM IST. For more news and updates on politics, world, sports, entertainment and lifestyle, log on to our website latestly.com).