Bigg Boss 13's Devoleena Bhattacharjee Wants To Do A Music Video With Sidharth Shukla, Says 'Don't Mind Pairing Up With Him' 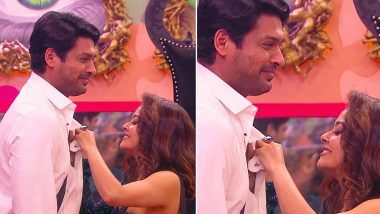 Devoleena was recently in the news for her criticism of Sidharth and Shehnaaz's music video Bhula Dunga. She had commented that she preferred 'SidRa' over 'SidNaaz' and also that the latter jodi did not have much chemistry in the song, which incurred the wrath of the couple's fanbase on social media and Devo was shamed badly. However, looks like Devo has no qualms working with Sidharth though. Devoleena Bhattacharjee Gives It Back To Trolls Calling her Jobless, Says She Supports 'SidRa' More Than 'SidNaaz' (View Tweets).

In a live interaction with TOI, Devoleena Bhattacharjee expressed her wish to do a video with the Bigg Boss 13 winner. "I will talk about this when I go on a live chat with Sidharth. We will get trolled together. But I don’t mind pairing up with him," said the Saath Nibhana Saathiya actress when asked about prospects of collaborating with him.

She also opened up about the recent trolling that she was subjected to, and so was bestie Rashami Desai when she came to Devo's defence. "The fans can’t simply drag my family into this. Their comments show their upbringing," said the actress.

(The above story first appeared on LatestLY on Apr 03, 2020 03:50 PM IST. For more news and updates on politics, world, sports, entertainment and lifestyle, log on to our website latestly.com).