[Exclusive] Bigg Boss 14's Eijaz Khan: Fights and Foul Language Should Not Be Glorified on TV, but Can't Live on BB Like a Saint

The hot and handsome Eijaz Khan has entered Bigg Boss 14 as a contestant. The 45-year-old actor has enamoured the audience on TV with his stint on various shows, especially the hit soap, Kavyanjali. "We should not glorify foul language and fights. But, you can't live in Bigg Boss like a saint," he said. 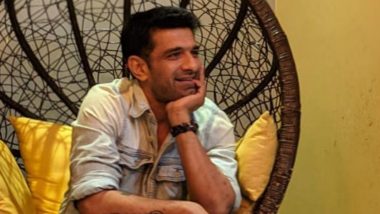 The hot and handsome Eijaz Khan has entered Bigg Boss 14 as a contestant. The 45-year-old actor has enamoured the audience on TV with his stint on various shows, especially the hit soap, Kavyanjali. The actor has also worked in the movie, Maine Dil Tujhko Diya, with host Salman Khan's brother Sohail Khan. In fact, in an interview with LatestLY, right before entering the show, Eijaz revealed that he has worked as a background dancer for Salman for years, before entering the showbiz as an actor. Eijaz also talked about the fact that he has been single long enough now and that he's open to finding love on the show. Read excerpts from our chat with him here. All Bigg Boss Seasons Ranked From Worst to Best.

What will be your strength inside the house?

I think, I have developed a rounding personality in the last 45 years. I have done a lot. I have suffered a lot. I have hurt a lot of people. But, I have hurt myself the most. I think, whatever I am, you will see a concentrated version of it in the house.

I trust myself completely. I am a good human being. I have not done something bad to someone consciously.

I have also learnt to clean the house and cook during the lockdown. So, you will get to see that also. Rest is up to God. Eijaz Khan In Bigg Boss 14: Career, Love Story, Controversies – Check Profile of BB14 Contestant on Salman Khan’s Reality TV Show.

One of the show's USP is romance in the house? Are you open to romance?

[Laughs] I don't know. I have not tried to learn who's inside the house. I am not stopping anyone from entering my life. Neither, I am trying to bring someone into my life. There was a time when I wanted to get married, wanted kids, wanted to settle, wanted to buy a farm, wanted to open a school. The pandemic taught how your plans can be sent for a toss. So, all I have is to live in the moment with honesty and what measures of happiness I can bring for myself and my close ones.

Check Out The Full Interview Here:

Are you temperamental or patient?

Ask the people around me. I don't want to toot my own horn. [Laughs]

I do feel angry. But, what I've learnt is that you mostly get angry because you are angry at yourself and you take it out on others. It is very stupid to think that what someone has done to you is because of you; whatever that person has done is because of their own insecurities, problems and frustration.

There are knee jerk reactions. I think I cool down quickly. I feel bad about my reaction. But, if someone is trying to instigate my anger on purpose, I will encourage them even more. I will show them what happens when I get angry.

Sometimes people use foul language and physical violence in the house. Will you draw a limit here?

Foul language...I am sure you also use that with your friends in your personal life. But on national TV, there is a limit to it. And it should be there. We should not glorify foul language and fights. But, you can't live in Bigg Boss like a saint. Things will happen. Bade bade shehron mein choti choti batein hoti rehti hain.

(The above story first appeared on LatestLY on Oct 08, 2020 04:56 PM IST. For more news and updates on politics, world, sports, entertainment and lifestyle, log on to our website latestly.com).