Eijaz Khan becomes the first contestant to join Bigg Boss 14 house. The actor makes quite a 'Baap' intro on the show. 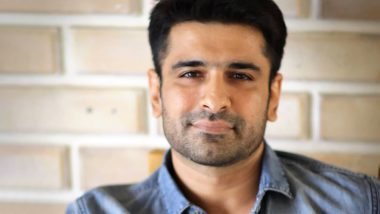 Bigg Boss 14 is here and this time too, it promises to be controversial. Salman Khan returns as the host and we kinda like it that, at least there's someone who will be predictable in the show. You know what we mean right? Anyway, the contestants have started to enter and the recent one is none other than TV actor Eijaz Khan. Where have you seen him before? Don't think too much, we got you covered here. Bigg Boss 14: Salman Khan Jokes That He Warned Gauahar Khan About Kushal Tandon.

Eijaz Khan is one of the most popular actors in TV world. He rose to great fame with Kavyanjali on Star which also starred Anita Hassnandani and Amrita Singh. He was later seen on Kya Hoga Nimmo Ka. You may have recently seen him in shows like Yeh Jaadu Hai Jinn Ka, Tara From Satara and many more. He also received a lot of love for his performance in Sony TV's Moh Moh Ke Dhaagey.

Eijaz has also worked extensively in movies as well like Maine Dil Tujhko Diya, Tanu Weds Manu, Tanu Weds Manu Returns, Zila Ghaziabad and more. His cinematic appearances also include a popular item song Dilli ki Sardi in Zameen. We are pretty sure all this definitely jogged your memory.

Eijaz Khan is also quite famous or rather infamous for his temper. There have been a lot of reports on how he used to behave on the sets of his show. It was rumoured that he dated his Kavyanjali co-star Anita Hassnandani but it didn't end well. In a chat show, he even admitted that he cheated on his ex and it is widely believed it was Anita. He has admitted in many interviews that he didn't take success to well and wanted his woman to behave in a certain way.

The actor took a sabbatical in between and returned with an aim to do better roles. It will be interesting to see what he adds to the show.

(The above story first appeared on LatestLY on Oct 03, 2020 09:49 PM IST. For more news and updates on politics, world, sports, entertainment and lifestyle, log on to our website latestly.com).