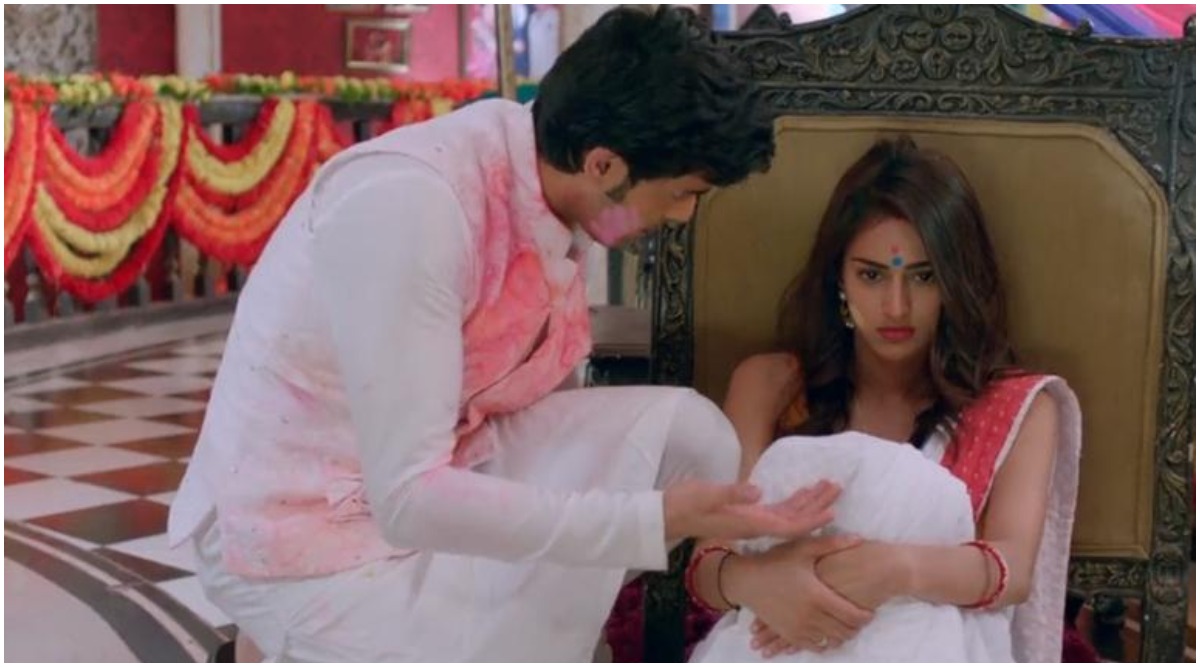 In yesterday’s episode of Kasautii Zindagii Kay 2, to hide from Viraj and Sonalika, Anurag takes Prerna in the trial room. Prerna feels happy when she sees Anurag trying to express his love to her. In tonight’s episode, we see Anupam sees Anurag (Parth Samthaan) going into the trial room and knocks at the door.  Prerna (Erica Fernandes) and Anurag get tensed. Anupam tells Anurag that he has brought the papers to be signed. Viraj also comes there. Viraj tells Anupam that he is searching for Prerna and if he sees her he should inform him. Anurag tells Anupam to give the papers inside and he will sign it and give him back. Prerna and Anurag are relaxed as they were not caught. Kasautii Zindagii Kay 2 February 4, 2020, Written Update Full Episode: Prerna Realizes Anurag’s Feelings for Her When They Hide From Viraj and Sonalika in the Trial Room.

Prerna comes out of the trial room. Just then Veena comes and tells Prerna to try one dress which she has selected and sent her inside the trial room. Anurag tells Prerna to try the dress and he will turn around but Prerna says no need she will tell Veena that the material is not nice.  Suddenly Prerna could feel that the baby kicked and tells this to Anurag who gets excited and happy.  Anurag holds Prerna’s hand and becomes emotional. Anurag asks Prerna why he is feeling a connection with her. Prerna is unable to explain to him.

Mohini comes and asks Veena where is Prerna?  Mohini tells if she does not say then she will create a scene. Veena tells her she can do what she wants. Mohini tells she will check every trial room and is sure that Anurag and Prerna will be together in one of them. Anurag is tensed as to how Mohini knows that they are together. Anurag tells Prerna that might be Mohini thinks that he is having an affair with her. Mohini tries to open the door but it is locked and tells Veena confidently that  Prerna is inside with Anurag. Veena gets hyper and tells Prerna can never do anything wrong to hurt her feelings.

Anurag apologies Prerna as they are in this condition because of him. Prerna puts her hand on Anurag’s mouth and tells him to not talk like this. Suddenly Anurag gets vivid flashbacks. Just then Sonalika comes outside the trial room and tells Anurag to come out. Veena tells Sonalika that Prerna is inside and not Anurag. Mohini and Sonalika bang on the door and tell to open it. Anurag assures Prerna that he will protect her whenever she is in crisis. Prerna opens the room and comes out and asks what is going on. Mohini goes inside and checks but does not find Anurag inside and gets disturbed. Anurag jumps from the trial room and goes from the other way.

In the precap, Viraj tells Prerna that he will not allow anyone to hurt her. Sonalika tells Viraj that she will kill Prerna when she is on the way to the venue.