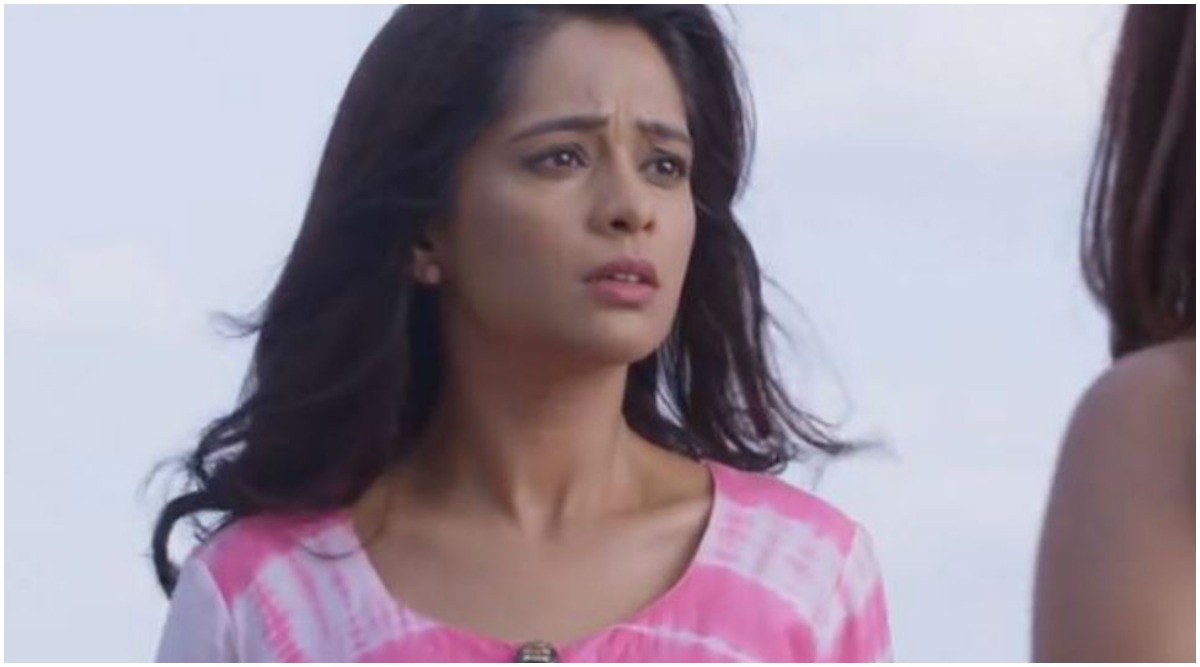 In yesterday’s episode, Sanju checks the photo that the kidnappers send him. He realizes that Prachi's life is in danger and rushes to save her. Sarita calls Abhi and tells him everything that happened with Prachi. Abhi decides to go and help Prachi’s mother at the police station. Rhea realizes Sanju must be involved in Prachi’s kidnapping. Sanju reaches the kidnapper’s and asks them to spare Prachi’s life. In tonight’s episode, we see Sanju wears a black mask and meets Prachi. He asks her to tell everything she saw. Prachi thinks he is a cop and doesn’t say anything. When Sanju introduces himself as the boss, Prachi tells him how she saw the two men killing the waiter. She says that she doesn’t know why they killed the waiter or who the waiter was working for. Kumkum Bhagya December 11, 2019, Written Update Full Episode: Abhi Succors Pragya to Find About Prachi Who is Missing?

Sanju tells the kidnapper, that he is the boss and no one can kill Prachi. He goes away happy because Prachi didn’t recognize him or find out that he was the one who gave her the spiked drink. Ranbir goes out of the police station while Pragya (Sriti Jha) is still there. He goes back to the road where he left Prachi and finds her bag lying on the road. He decides to drive ahead till he finds some clues.

Rhea calls up Sanju and asks if he kidnapped Prachi to force her into marrying him. Sanju says he didn’t do anything like that but now he will. Sanju asks Prachi to get ready because he is bringing wedding clothes to get married to her. Ranbir reaches an abandoned factory and goes in because he sees men with guns there. Ranbir sees Prachi but she doesn’t see him. Ranbir hides and goes downstairs.

Prachi frees herself and runs away before Ranbir reaches to her. Ranbir gets caught by the gangsters who threaten to kill him. Prachi finds Ranbir’s car parked outside. Prachi realizes that Ranbir has returned to rescue Prachi. She tries calling Pragya but it does not connect due to network issues.

In the precap, the police tell Abhi that they got some information about Prachi.   The goons tie Ranbir and leave.  Prachi comes there searching for him and releases him.